By Noa Kageyama, Ph.D.
Subscribe to the weekly “audio edition” via iTunes
When my kids were in elementary school, I remember that studying for tests was pretty straightforward. Sure, they had to put in the time, but the teachers made it pretty clear what they needed to study.

Researchers at the University of Pittsburgh (Kirk-Johnson, Galla, & Fraundorf, 2019) conducted a series of studies to see if they could gain some insights into why learners choose the study strategies they do – and why they often favor less-effective strategies.

In one study, for instance, participants practiced discriminating between different types of birds using a blocked study schedule and an interleaved study schedule1 (if you’d like a refresher on the difference between blocked and interleaved practice, here’s a short 6-min video summary ).

After each study session, participants were asked to rate how mentally effortful they found that particular study session to be, how much they thought they learned, from 1-6 (1=not at all; 6=a lot).

And after participants completed both study sessions, they were asked to compare the two in terms of mental effort and learning. With questions like “Which strategy was harder for you?” (effort) and “Which do you think is a more effective learning strategy for you?” (learning).

Finally, they were asked to choose which study strategy they would use if they had to study and take a test on even more birds.

What did the researchers learn from all of this?

What do learners prefer? And why?

Well, for one, there was a clear preference for the blocked study schedule, with 68% of participants reporting that they would choose the blocked strategy to study for a test, while only 32% chose the interleaved strategy. Which is interesting, because the research on blocked vs. interleaved practice suggests that in many cases, interleaving is actually the more effective strategy (here’s a great summary of the research on interleaved practice, why and how it works, guidelines for use, and examples of times when blocked may be better).

So why would participants choose a less-effective study strategy?

Well, there are two things that seemed to factor into their choice.

And these two factors were also related, in that the more mentally demanding and effortful participants rated the interleaved strategy as being, the lower they rated its effectiveness as a study strategy.

In other words, the more effort they had to put into the study strategy, the less they felt they were learning.

Hmm…is there any chance participants were just lazy and didn’t want to put in more effort? And that this is the real reason why they preferred the blocked study schedule?

Well, I guess it’s possible that this could have been a tiny factor for some, but the data actually shows more support for what the authors call the “misinterpreted-effort hypothesis.”

Which suggests that learners don’t gravitate to less effective study or practice strategies because they just feel easier; they legitimately can’t tell which one leads to better learning in the moment. Kind of like how in the middle of a workout, it’s difficult to know whether one workout routine is leading to more strength gains overall, than another workout routine you could be doing instead.

So when we struggle – like when we have difficulty making sense of a math review problem, or when we can’t seem to get a note to speak in quite the right way in a run-through – it appears that we misinterpret greater effort as an indication of reduced learning. And that this is why we tend to gravitate to activities like re-reading the textbook, which feels easier and more productive than struggling for five minutes to solve a review problem and still getting it wrong.

Or why it can be tempting to play the same passage 20 or 30 or 50 times straight in hopes of committing it to “muscle memory,” rather than struggling through a recorded run-through, to see if we can get that tricky passage exactly right, in context, the very first time.

Even though, the more effortful strategy is the one that often leads to more effective learning.

One of my childhood teachers, Michael Davis*, said something to me once in a lesson that at the time, I didn’t quite understand.

In any case, at the time, this seemed totally backwards. I mean, isn’t the goal to always sound good in the practice room?

In hindsight, I can totally appreciate what he was trying to tell me. That practice is supposed to be a bit of a struggle. That you’re not supposed to sound great 100% of the time.

And that if you do, it’s not an indication that you’re just that amazing, but a sign that you’re probably sacrificing growth. As in, if you never experiment with something new, or never work on things that are hard for you, it’s going to be pretty difficult to improve the range of your skills and abilities.

So maybe it’s important to keep reminding students (and ourselves), that just because something feels difficult, it doesn’t mean that you’re not improving in little ways, or learning things that will help you get better eventually. And that if you’re not struggling in the practice room – it might be that you’re spending too much time working on things that are actually too easy for you.

*Mr. Davis passed away some years ago, but now that I have students of my own, reflecting on this moment and hearing his voice in my head was kind of a nice reminder that some of the things we say probably do stick and rattle around in the heads of our students more than we may think. And even if our mindblowingly profound wisdom-stuffed nuggets of awesomeness don’t have a huge impact at that moment, they may very well resurface years or decades later, making a lot more sense and resonating more deeply, when the time is right. =) 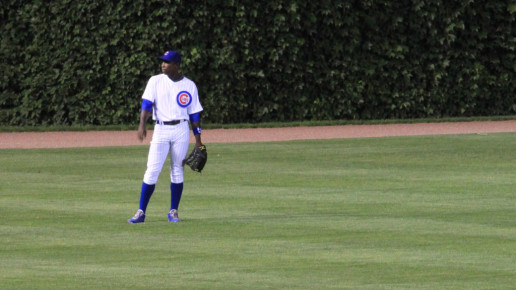 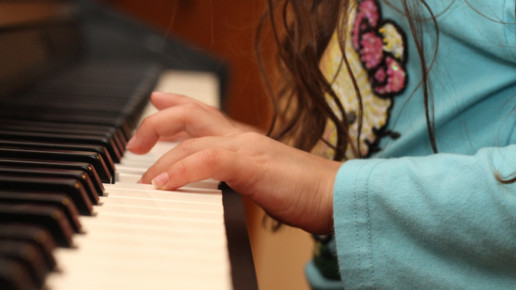 That’s a great post Noa. I really appreciate reading your nuggets of wisdom, and the effort that you make to back them up with scientific study. It is a surprising result that when the task is such that the perception of learning is less (due to difficulty or effort) it is actually more – the opposite of perception. This post reminds me that I need to get out of my comfort zone and try some different things that I am not adept at (yet, maybe) in order to improve. I’m applying your ideas to improving my swimming and field hockey by the way. I’m reminded to do some more of those drills that I’m not very good at. Maybe one day I will pick up an instrument!

Interesting.. All of it. Particularly liked the post-note, about the things we say as teachers might not have any obvious impact but may rattle around in students’ heads for decades. I know things my teachers said still rattle around in mine, but never really thought about it from the teacher’s perspective. Thank you.

Great post. I think, though, that it may not be necessary to feel that piano practice has to be difficult. Rather, it’s effective to approach piano practice with a clear goal and make focused mental effort to achieve that goal. Making concentrated effort itself is a struggle to develop and maintain, but doing so provides the greatest progress in piano practice.