Struggling to Get a Tricky Passage up to Tempo? Why “Perfect” Practice May Actually Be the Problem.

It’s been said that we must learn to walk before we can run. Which of course makes perfect sense, but have you ever encountered a speed plateau in a piece you’re working on? A section that you can totally play at about 80-90% of the final tempo, but no matter what you try, keep hitting a wall, and can’t seem to get over the hump?

Why does this happen? And how can you solve this irksome problem?

Back in the 1950’s, a psychologist named Paul Fitts wrote an influential paper about the relationship between speed and accuracy. Namely, that there seemed to be a proportional relationship between the two. Want to move faster? No problem, but your movements will be less accurate. Want to be more accurate? Ok – but you will sacrifice speed.

This tradeoff between speed and accuracy makes intuitive sense, and also reflects the experience we have when learning something new or technically challenging. I mean, when was the last time you tried learning a major concerto at the marked tempo from Day 1? Sure, we might be able to play parts of it at tempo, but with the more challenging parts, the typical plan of attack is to set our metronome at a tempo at which we can play the notes accurately, and gradually work things up one or two notches at a time (an approach that we’ve talked about in the past – right here). In essence, to prioritize accuracy over speed.

This is a smart approach to learning, because when we repeatedly slop through a passage at a too-fast tempo, we run the risk of developing all sorts of bad habits that we’ll eventually have to unlearn (which we’ve talked about before too – right here).

Is the speed-accuracy tradeoff really a thing?

Most of the early studies looking at the speed-accuracy tradeoff used contrived lab-friendly skills like finger tapping or wrist rotation that were easy to study and measure, but don’t look anything like actual sport skills, which are generally more complex and take longer to master. So some researchers decided to see if the speed-accuracy tradeoff held true in the real world – with skills like serving in tennis, or batting in T-Ball.

As suspected, real-world skills seemed to operate differently, and they found that in many cases, accuracy didn’t change a whole lot, even as speed increased. Hmm…so maybe emphasizing speed in the early stages of learning is actually a good thing, heretical though it may seem?

In one study, a team of researchers recruited 16 children aged 6-11 to learn some basic hockey skills (none had any previous organized hockey experience).

The kids were randomly assigned to two different groups, and given some basic instructions on how to hold a hockey stick and how to stand. Then they were placed 25 feet away from the gym wall, and instructed to hit a street hockey ball at the wall – but each group had a slightly different objective.

One group hit against a wall which had a vertical line of masking tape placed on the wall. This was their “target” which they were instructed to aim for. After each shot, they were given their accuracy score1, and encouraged to improve their score on the next shot. This was the accuracy group.

The other group of kids was simply asked to shoot the ball as hard as they could. Their wall was totally bare, with no target to aim for. So they basically couldn’t miss – they just had to hit the ball against the wall with maximum velocity. These kids also received feedback after each shot, but theirs was given in miles per hour – the speed of their shot as measured by a radar gun. After each shot, they were encouraged to shoot even harder. This was the speed group.

When speed OR accuracy matters

Over the course of two days, both groups improved. The accuracy group improved their accuracy scores by about 34% – from 95.975 cm on Day 1 to 65.375 cm on Day 2 (lower scores is better, indicating that they hit the ball closer to the target). The speed group improved their speed as well; from 18.275 mph to 21.188 mph (an increase of about 16%). None of which is especially surprising, of course.

And then Day 3 happened.

When speed AND accuracy matter

On Day 3, everyone was tested on both speed and accuracy. Unlike the previous day’s tests where each group was asked to focus on either speed or accuracy, this time both groups were being scored on their ability to shoot as accurately and as fast as possible. They were told that one wasn’t more important than the other, and that they both mattered equally.

As you can imagine, the speed group hit the ball significantly faster than the accuracy group – more than twice as fast, in fact (21.725 mph vs. 10.063 mph). And when it came to accuracy, the groups were no different. If anything, the speed group was even more accurate than the accuracy group (56.588 cm vs. 66.300 cm – though this difference was not statistically significant).

So after the same exact amount of practice, the group which was instructed to focus on speed (and where accuracy was de-emphasized), ended up performing substantially better than the group whose initial focus was on maximizing accuracy.

The researchers note that even over a very brief 2-day period of practice, the two groups developed very different shot mechanics. The accuracy group seemed to shoot with a tighter, more constrained set of motions. Their shot loosely resembled a putting stroke in golf.

The speed group, on the other hand, swung much more freely – with a longer backswing and follow through. A much more efficient and effective motion which was a closer approximation of what the shot should actually look like.

In other words, the stroke mechanics that were developed to maximize accuracy, worked ok for accurate shooting. But the same movements were no longer effective when speed was also important. Conversely, the mechanics that were developed to maximize speed, not only worked well for maximizing speed, but were much more easily adapted to successfully account for accuracy too, when that became an important factor.

Another study, conducted over a 6-week period with 10 and 11-year old fast-pitch softball players reported similar findings. And in a way, their findings were even more compelling.

As in the hockey study, they found that instructions which emphasized accuracy led to the girls throwing more slowly than those whose instructions emphasized throwing faster. So then they took away the accuracy criteria, just emphasized speed, and the girls did begin to throw faster. However, a certain amount of damage had already been done to their learning. Specifically, the excessive focus on accuracy in the early stages led to the development of poor throwing mechanics, which ended up impeding their overall development.

These results suggest that in the early stages of learning a skill, emphasizing accuracy can absolutely lead to more accurate results in the short term – but this may come at the expense of long-term development. Which actually makes a lot of sense.

Because whether you play the harp, guitar, piano, or harmonica, when you play a passage slowly, the efficiency of your motor movements doesn’t matter so much. You can still play pretty accurately even if you’re doing things with your hands/fingers/arms that won’t work at faster tempos. Maybe that means you are using excessive finger pressure, or lifting your fingers higher than necessary, but either way, you may be developing “slow habits” that will hold you back as you begin to increase the speed. Habits and mechanics that will eventually have to be discarded or unlearned, in favor of more efficient and speed-friendly mechanics which do work at the final tempo.

But…only engaging in fast practice and missing all the notes can’t possibly build great habits either, right? Indeed…being able to play something super fast is great, but not if it sounds like a hot mess.

Well, musicians have actually had an answer to this for some time – and it’s quite clever.

Sometimes this is called rhythm or dotted rhythm practice, but trying to explain it in words makes it seem way more complicated than it really is.

So rather than listening to me fumble my way through it, I’m going to defer to Nathan Cole, the First Associate Concertmaster of the Los Angeles Philharmonic, who will show you how it’s done.

For more, check out Nathan’s website, where he maintains a blog and other nifty resources.

Here are a couple of my favorites from his blog: 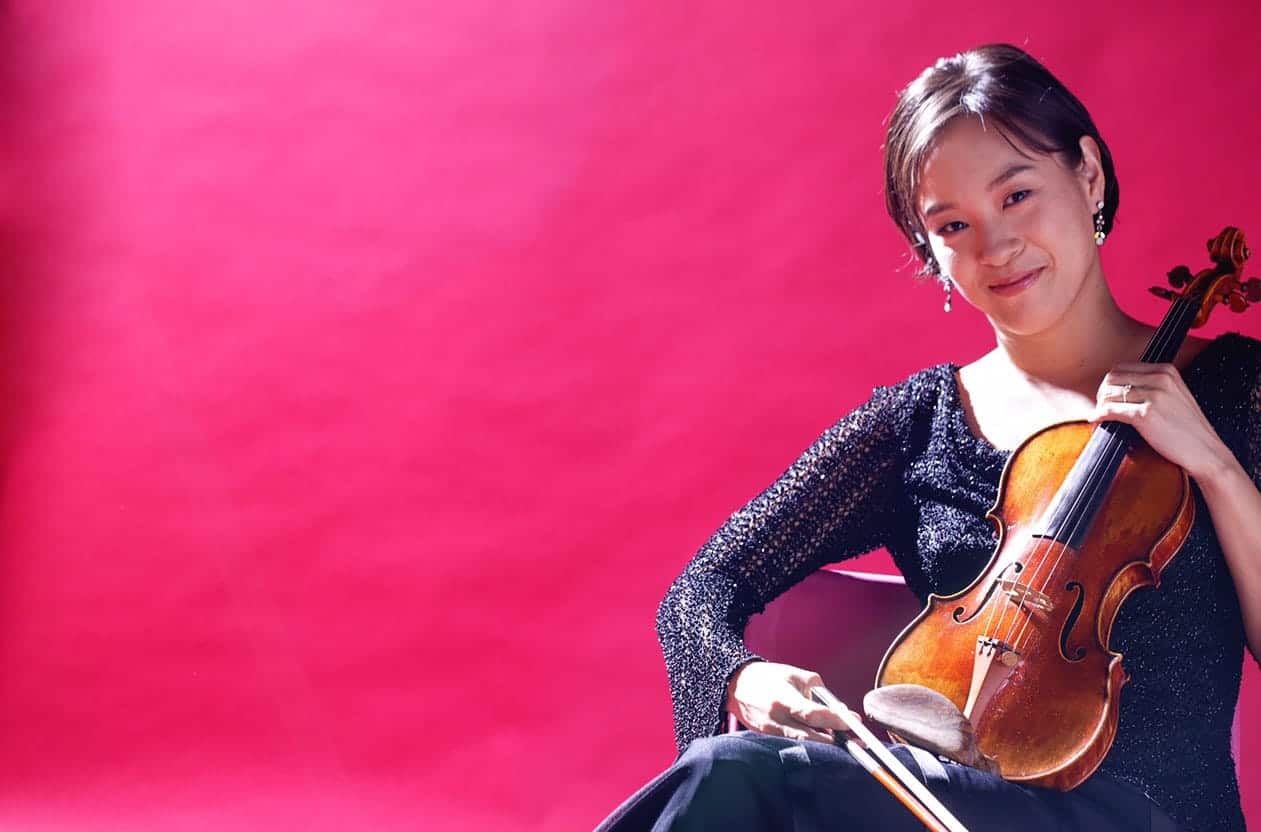 Catherine Cho: On Developing Great Rhythm (and Why Old-School Metronomes Are the Way to Go)

A Strategy That Enables Us to Learn Twice as Fast?