My favorite violinist growing up was Itzhak Perlman, so when I recently observed a Perlman master class, you can bet that I soaked up every bit of advice he had to offer. At one point he was asked for his thoughts on how best to deal with performance anxiety, and his answer (accompanied by his trademark humor) was to “know thy enemy.” In other words, to understand how your nerves affect you in advance, so you can figure out what works and what doesn’t in the practice room instead of trying to make adjustments in the middle of a performance or audition (when you are under enough pressure as it is).

So let’s get to know our “enemy” a bit better, shall we?

What Is Performance Anxiety?

The truth is, some of these terms technically do mean different things. But that’s a topic for some other day. Let’s just focus on the basic concept of “anxiety”.

Here is a definition:

“a negative emotional state with feelings of nervousness, worry, and apprehension associated with activation or arousal of the body.”

According to this definition (and it is a good one), anxiety has three parts — physical effects, mental effects, and emotional effects.

The Three Components of Anxiety

Let’s take a look at the three components of anxiety.

Somatic anxiety is your physical response to a situation. Heart pounding in your chest, blood pressure goes up, you start breathing more rapidly and shallowly, muscles get tight, cold, clammy hands, and so on.

Cognitive anxiety is your mental response to a situation. An increase in self-doubt, worries, thoughts and images of failing, loss of focus, blanking, etc.

Affective anxiety is your emotional response to a situation. You may feel a sense of fear, panic, and apprehension about the situation, for instance.

Understanding this three-part model of anxiety is important because it means that there are three separate targets that each affect our ability to play well under pressure. Of course the three are interrelated, but you can begin to see why we can’t just address one of them and expect everything to be all better.

The Two Types of Anxiety

For example, being nervous about an important audition would be state anxiety. Being nervous about driving, meeting new people, trying new foods, going to unfamiliar places, doing well in school/work, dating, and everything else in life would be a person who is high in trait anxiety. It’s just their personality to be stressed out and anxious in general.

I’ve worked with individuals who were worriers and stressed out in most areas of their life, but were absolutely confident on stage. Conversely, I’ve also worked with those who were a nervous mess on stage, but completely laid-back and calm off-stage. Frequently, however, I find that a musician’s tentativeness or self-doubt on-stage is reflected in some degree of tentativeness and self-doubt off-stage. Such musicians tend to doubt themselves and lack confidence, focus a great deal on how others perceive them, and have a difficult time believing in themselves.

I knew a talented young string player who was somewhat shy socially, hesitated to go up to new people, and was rather quiet in larger social settings. When asked to be more adventurous in his playing, whether it be dynamics, tempo, or articulation, he struggled to make any big changes — not because he wasn’t capable technically, but because he was afraid to make a mistake. This tentativeness came out in performances as well, as the more nervous he was, the more “safe” and tentative his playing became.

It was important for this individual to learn how to build his courage, to be able to exaggerate, and to go almost too far with his musical gestures, in order to balance out his natural tendency to retreat into a shell on-stage. Getting the student to be more adventurous in the rest of his life was also tremendously helpful, as the bigger his comfort zone became (by trying new foods, going to new places, and meeting new people, for instance), his confidence and courage to try new things musically expanded as well.

How Does This Relate To My Performing?

Just as it helps to understand the mechanics of sound production for your instrument so you can produce the exact sounds you want on demand, I feel it is important for musicians to understand what performance anxiety is, and how they respond to pressure, so they can begin to develop an effective and personalized “toolbox” of skills and strategies that will allow them to handle even the most stressful of situations.

For instance, what can you do to better handle the physical effects of anxiety? Plenty! Learn how to relax your key muscles under pressure, figure out the most reliable fingerings that are most likely to remain consistent even when you are nervous, get used to playing even with cold hands, and get better at playing well even under adverse conditions.

To combat the mental effects, you can learn how to build your confidence, increase your ability to focus and concentrate on demand, be able to quiet your mind, and see/hear yourself playing perfectly instead of seeing all of your fears play out in your mind.

Overcome the emotional effects by learning how to go for it in spite of the fear and by embracing adrenaline instead of fearing it.

Given that performance anxiety will affect you physically, mentally, and emotionally, utilizing a comprehensive three-pronged attack will allow you to be better prepared for the full range of effects that you will experience under pressure.

Many make the mistake of putting too much emphasis on trying not to be nervous. Focus instead on developing a more effective response to the inevitable nerves. Spend more time practicing performing, rather than practicing practicing. What do I mean?

Go for a quick run around the block. With your heart pumping, and slightly out of breath, can you still nail the opening? Turn the TV or radio on in the background — can you still focus on your piece? Get dressed up and turn on a video recorder (so you can post your performance on YouTube). Allowing yourself only one shot at this – can you play everything perfectly the very first time? 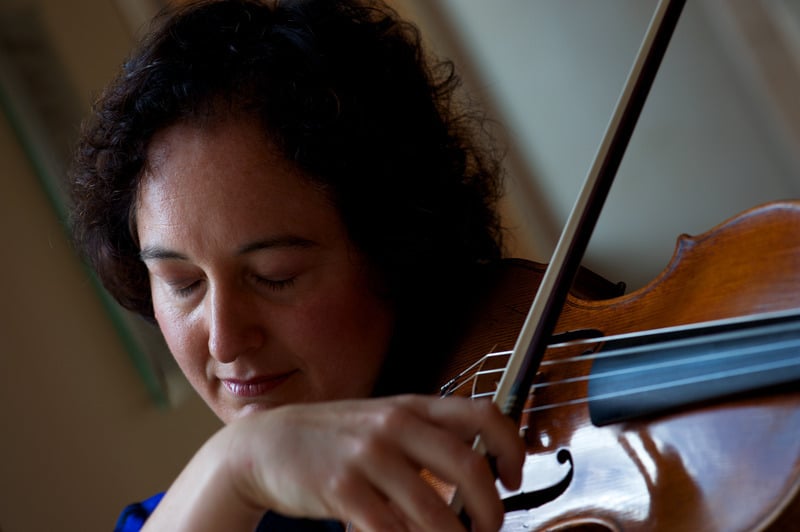