When time is short and we have lots of repertoire to learn, it’s easy to feel overwhelmed and simply plow through as much as we can in a frenetic, bulldozer-y sort of way.

None of this feels particularly smart or effective as we’re doing it, but in the moment, the desperation kind of compels us to abandon any semblance of practice strategery and simply hunker down and keep our fingers moving, which feels more productive than stopping to engage in practice planning.

But is there a better way of learning music when time is limited? Are there specific strategies that can help us get to a higher level of playing more quickly? Or do we have to just dive in and maximize the number of repetitions we can get in?

The art of practicing

In many areas of our lives, knowing what to do is only part of the equation. For instance, I can have a perfectly sound understanding of how to add, subtract, multiply, and divide fractions, but if I encounter a story problem and can’t figure out which operation to use, my results are going to be less than ideal.

This begins to get into an area of practice tactics known as “self-regulation.” As in, what do the most effective practicers do to make sure they’re not being inefficient and simply banging their heads against a wall?

When we’re little, we have parents to help us avoid getting stuck in a rut, but at some point we have to become our own practice coaches and ensure we’re making the most of our time and energy.

To that end, Indiana University professor Pete Miksza, conducted a study to see what would happen if he trained one group of students in effective practice techniques (like slow practice, repetition, whole-part-whole, and chaining), and another group in the same practice techniques plus self-regulation strategies (like concentration, goal-selection, planning, self-evaluation, and rest/reflective activity).

Would there be a difference in learning between the two groups?

On Day 1, the students in both groups recorded themselves sight-reading an etude provided by the researcher. Next, they were given 20 minutes to practice the etude in any way they wished. Then, they were asked to record a second performance of the etude.

On Day 2, both groups were asked to watch a video about various strategies for more effective practicing, and this is where the groups’ training experiences began to diverge. One group’s video (the “comparison” group) trained them in a series of practice techniques like chaining1 and whole-part-whole2.

Meanwhile, the other group’s video (the “treatment” group) included not just this same collection of practice techniques, but self-regulation strategies like effective goal-selection3 and self-evaluation4.

Importantly, both videos included not just a description of the practice and self-regulation strategies, but illustrative demonstrations as well, with the models (several advanced grad students) giving a running play-by-play of what they were doing and thinking as they demonstrated each example.

Following the 15-17 minute video tutorial, students were asked to try out the ideas they learned from the video during their regular practice for the day.

On Day 3, both groups watched the videos again, and were asked once more to try to use these ideas in their practice.

Day 4 was more of the same.

Then came Day 5. As on Day 1, students were given a fresh etude to sight-read, which they recorded, and then had 20 minutes to practice before having to record it again.

So how did the students do? Did the self-regulation strategies do anything to enhance their learning?

Changes from Day 1 to Day 5

After all of the students’ recordings were evaluated by a panel of three graduate music students5, it was time to do some number crunching.

Here were my main takeaways from this study:

1. Teaching students at this level about practice strategies is still worthwhile – i.e., it shouldn’t be assumed that just because they are playing at a high level that they couldn’t use more tools in their practice strategy toolbox.

2. Teaching students about self-regulation strategies is an absolutely meaningful investment of time – potentially saving them lots of time and frustration over the course of their academic and professional careers.

3. Creating a practice-enhancing video tutorial such as was used in the study might be a fun studio project, and provide dividends in the learning of students for many years to come. Or maybe even having a “practice hacking” studio class/orientation session to kick off every year?

Chaining: Let’s say you have a phrase that is too difficult for you to play all in one fell swoop. Chaining would involve starting with the first bit that you can play, and once you get the hang of it, adding additional little bits to it, until eventually you’re playing the phrase in its entirety.

Whole-part-whole: Let’s say you’re having trouble with a section of music, and there’s one part in particular that’s particularly gnarly. Whole-part-whole would involve working on that little trouble spot in isolation, but then playing the larger section again to make sure you can nail that tricky bit in context.

Goal-selection: Rather than simply diving in and getting stuck in the mindless loop of playing things over and over until they sound better, take a moment to (a) make a note of the key areas that need work and (b) create a plan for how you’re going to solve these issues before you even get started. And prioritize them in some meaningful order – like working on the more basic, foundational things first, then moving to more advanced, higher-level issues. Or even in terms of difficulty – from most to least difficult.

Self-evaluation: Rather than practicing until you can’t take it anymore, take a quick break every so often to take stock of your focus level during practice sessions, spending a moment to ask yourself whether you’re still practicing effectively or if you’re distracted and zoned out and should probably take an honest-to-goodness break to recharge. Kind of like the 20-20-20 rule my kid’s eye doc suggested (take a 20 second break every 20 minutes to rest your eyes by looking at least 20 feet away). This could also mean checking in with yourself to do a self-evaluation of how effectively your current practice strategy is working – and moving onto a new section, or trying a different strategy if what you’re doing isn’t really getting you anywhere.

For more practice and self-regulation strategies, download the study and check out the appendix, which includes the written script of the practice techniques and self-regulation strategies that the students were trained in.6 Or easier yet, check out Miksza’s Prezi presentation, with the training video students watched, the etudes used in the study, and more right here. 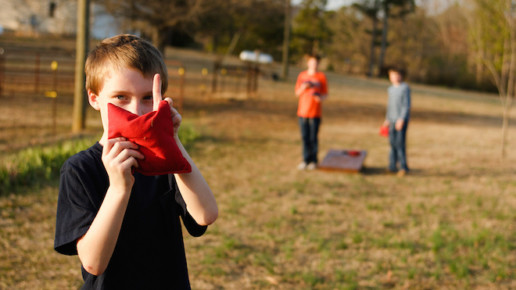 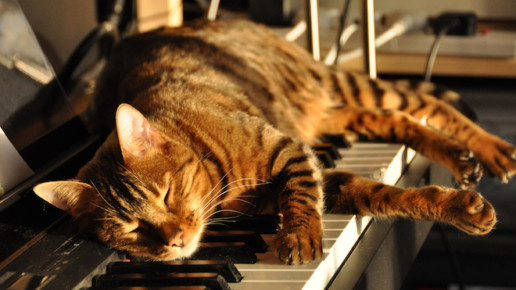 Here’s an Easy Way to Help Your Brain Learn Faster

Pete has put up a summary of his study with this great graphic. It includes the video shown to the 2nd group of participants in the study.

Thanks, Anna. This was really helpful – I updated the post to link to this presentation.

Great article today, Noa. I learn so much from you. Thanks!

Thank you! I was looking for the kind of information you share to help take me to the next level in my playing. So thanks again!

Hi Noa–Just want to say that you are awesome. These posts are SO helpful. I teach at IU but not in music and have not met Pete. But I’ve downloaded the article and video and look forward to checking them out.

I’m what you might call a semi-professional player who is working, less consistently than I’d like, to improve my playing. One thing I have started doing–in part inspired by Kenny Werner’s Effortless Mastery–is practicing really slowly. It’s amazing what you start to notice and then what you can correct.

Anyhow, thanks for what you do–Carl Weinberg

Thanks, Carl! There are so many terrific folks at IU…very fond memories of my years there. Slow practice really is pretty fascinating. Can’t believe there was a time when I resisted it so determinedly.

[…] Just found this and thought this might be useful, interesting, and is based on research; click on: Practice Strategies. […]

Hi Noa, excellent article: useful, original and, truly, a game changer 🙂
I’d love to read the complete article but I’m not being able to do so…
I’m already publishing some of my investigation’s results on the site. I’ll tell you more latter on!
Thanks for everything

When I don’t know which strategy to use, I use no strategy.
Playing is a passive process in which the will, the wishes that we pronounce are not and must not be involved, because they hamper the focus and the listening.
For example the sentences like “I want/have to be passive” “I try to listen” that you make your inner voice pronounce have no room.
You have to let yourself listen to your sound.
You must be passive.
The most difficult thing I can’t get myself to get is how the act of playing music can be so much of an active and a passive process at the same time.
When it comes to do it, I tell myself the most difficult is actually to do nothing, as opposed to be tempted to intently listen, but goint with an dispersed attention.
The most difficult in the act of listening is to accept that on the long run, the progress you make, and the work you make is passive too. How to be passive?

Thank you so much for this. This will really help me in my learning. I just started learning piano with the help of lessons which my friend recommended https://musicgny.com/piano-for-all-review/ this one. I am 56 and I think at my age learning piano is not that easy but I am focused and will not give up because I love this instrument and really want to learn it. Can you share some tips that will be helpful for learners who specially belong to my age group?