Having Long-Term Goals Is Important, but Research Suggests That We Should Enjoy the Little Things Too 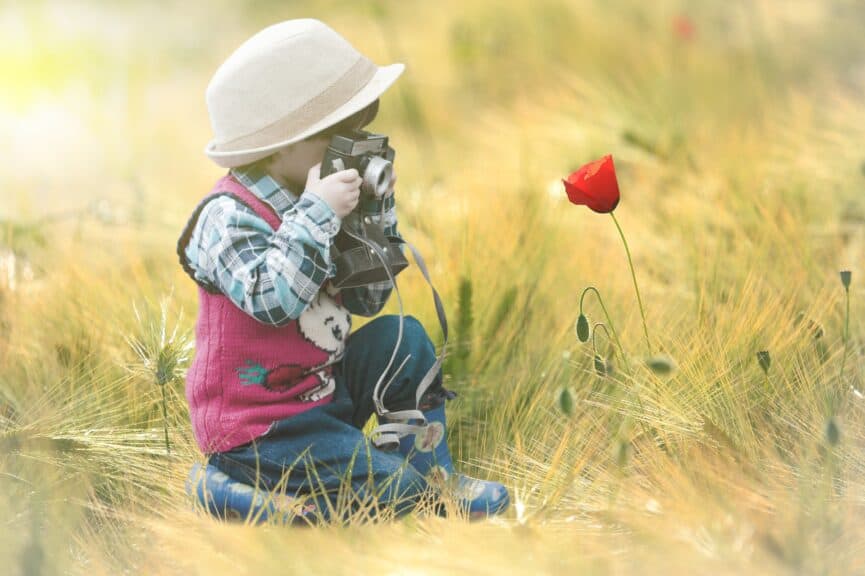 Greek philosopher Aristotle once argued that true well-being came from pursuing our best selves. On seeking to become the best versions of ourselves, maximizing our potential and acting in line with our deepest values and principles (i.e. eudaemonia).

Of course, there are others, like Socrates’ student Aristippus, who believed that the good life was all about doing things that are pleasant and enjoyable in the moment, and avoiding things that make us feel bad (i.e. hedonism).

I think most of us have probably been drawn to each of these approaches to well-being at different times, but I’m guessing that you are more inclined to believe that Aristotle’s way was the “right” approach. Like, sure, Aristippus’s way is fun in the short-term, but the mature, grown-up way to do life is to be more focused on the long-term goals we have for ourselves.

Like doing scales, metronome practice, and recorded run-throughs for our upcoming recital instead of watching Netflix. Or eating egg whites and black beans for breakfast, instead of a dozen take-and-bake chocolate mini croissants.

So naturally, there’s a ton of research out there on self-control. On how to realize our big goals and avoid being sidetracked by those pesky pleasure-seeking impulses that lead us to scarf down a pan of Nutella fudge brownies (as if Nutella-less brownies weren’t calorically dense enough already). Or get sucked down the is-Mario-Kart-Live-Home-Circuit-worth-it-or-not rabbit hole on a Thursday morning instead of writing a blog post (totally just a hypothetical example, of course…).

In fact, these fun, enjoyable diversions are often seen as being bad things. As failures of self-control. Things that we can indulge in only if they’ve been earned, by putting time into activities that are “better” for us and more directly serve our long-term interests. Like having a cookie after eating our broccoli.

But then again, there’s that saying “All work and no play makes Jack a dull boy.”

So what’s the deal? When it comes to being in a good place mentally, physically, and emotionally, was Aristotle right? Or was Aristippus onto something? 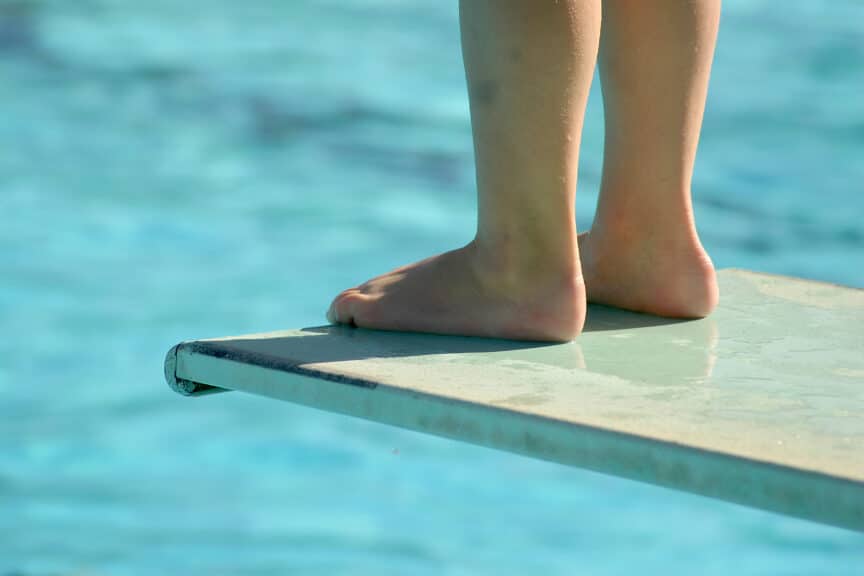 I was going through some old home videos the other day, and came across some clips of my kids jumping off of the diving board at the pool for the first time. Well, not jumping, so much as cautiously inching their way to the edge of the board in a half-crouch positions with legs shaking and eyes wide open, and going into a full crouch before tottering over the edge into the waiting arms of their swimming instructor.

Of course, as they grew older and more confident in their abilities, these careful, tentative “dives” were replaced with cannonballs, belly flops, and a whole new repertoire of skills.

The same sort of evolution happens in our playing too, as our confidence grows over the years. Culminating in “one-buttock playing,” as conductor Ben Zander says in his 2008 TED talk.

But there’s a tendency for us to regress on stage. To revert to a more careful and cautious version of ourselves, focused more on avoiding mistakes than playing freely.

Yet there are some folks who seem to retain their one-buttock playing abilities even on stage. Whose seeming fearlessness and risk-taking makes the performance all the more captivating, and a real thrill to experience.

How do they manage to do that? And how could we all become more fearless, one-buttock performers? 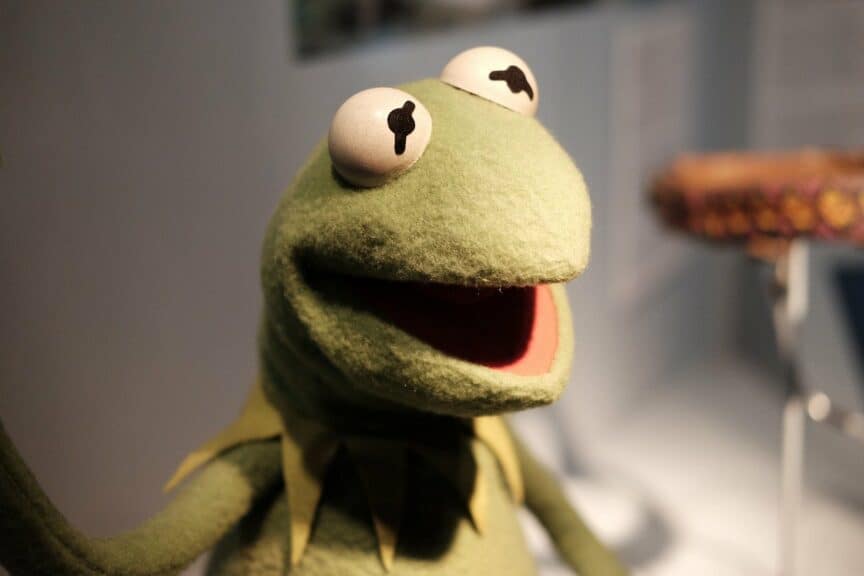 When you look at your to-do list for the day, and think about where to begin, what tasks seem the most attractive to you? Do you like to start with the easy tasks, and build up some momentum before taking on the more difficult tasks? Or do you prefer to get the biggest, most dreaded task out of the way first, so it’s all downhill from there?

Productivity gurus often reference this saying, suggesting that “eating the frog first” helps to not only increase productivity, but also build confidence.

And when it comes to productivity, one probably could make a strong case for frog first (though I think there’s also something to be said for minimizing friction, by starting with the easiest task). But what about confidence?

If the primary goal is to build confidence and a sense of self-efficacy (i.e. how confident you are in your ability to achieve a goal), is it better to go through your tasks from easy-to-difficult? Or difficult-to-easy? 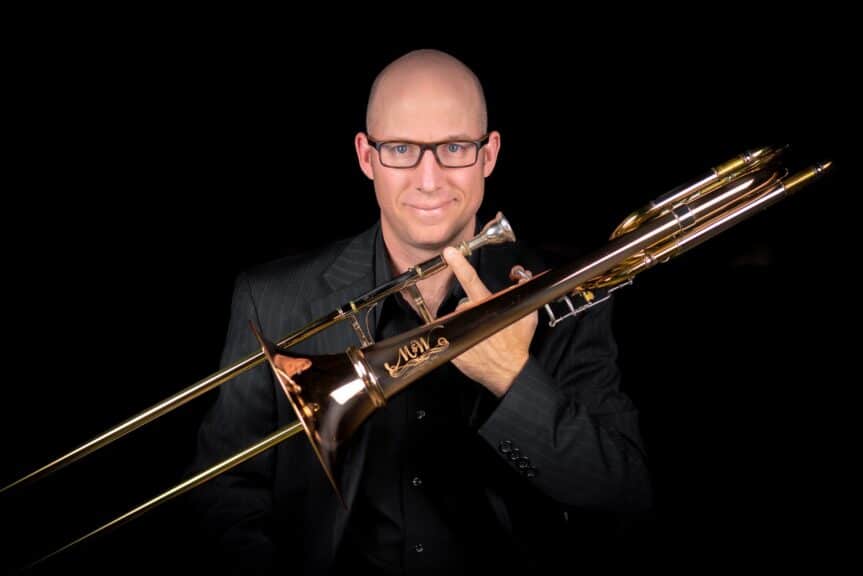 I’d bet my last dozen Krispy Kreme donuts that every music student in the history of practicing has at some point been encouraged to a) slow things down, and b) use a metronome.

I’d also bet a box of Timbits, that each of us have also dragged our feet and resisted doing both of these things.

And who could blame us, right? It’s way more fun to play things at tempo. But as the saying goes, perhaps we need to crawl before we can walk…

While slow practice is an essential tool, and comes with many benefits, there are also some notable limitations. For instance, have you ever gotten stuck trying to work a passage up from a slow tempo to a fast tempo? Where you were able to play the passage accurately at half tempo, and then 60% of goal tempo, then 70%, then 80%, but then at some point you got stuck, and really struggled to make it that last 10% of the way to your goal tempo?

Ever wonder why that happens? Like, what is it exactly that gets in our way as we approach the goal tempo?

What would you say if I told you that slow practice itself might be part of the problem?

Over the last few years, I’ve come across several musicians (like percussionist Rob Knopper, horn player Erik Ralske, and mandolin player Andy Wood, for instance) who have admitted that sometimes, they find it more effective to skip over the whole slow-to-fast metronome process entirely, and learn a passage at-tempo from Day 1.

And then, a colleague shared a video with me, where trombonist Jason Sulliman uses his background in kinesiology and motor learning to provide a research-based rationale for this strategy.

This got me super excited, of course, so I reached out to Jason, and we had a fascinating chat about the nuts and bolts of at-tempo learning.

So if you’ve ever been frustrated with slow practice, and want to try a different strategy for getting past those plateaus just shy of your goal tempo, I think your next week of practice is going to be a pretty fun adventure, as you experiment with some of the strategies Jason describes in this episode.