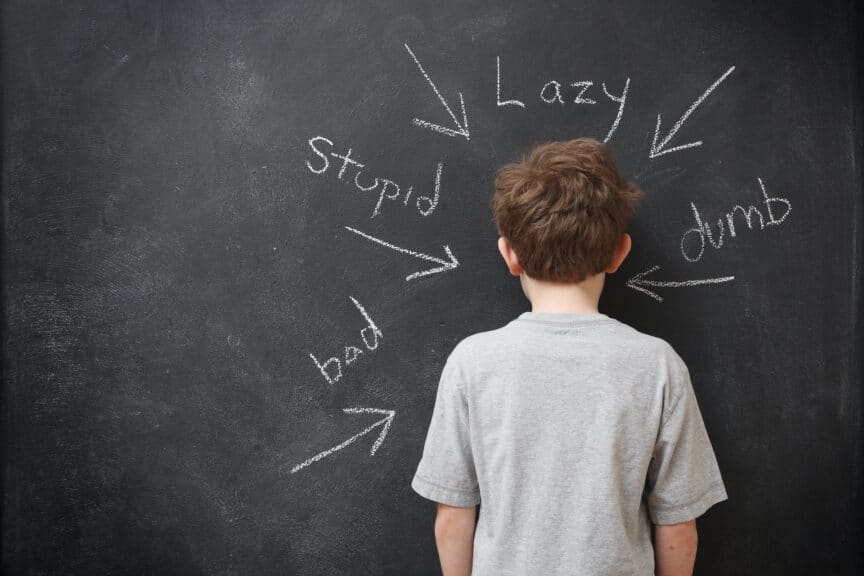 Whether through books like The Little Engine That Could or TV shows like Sesame Street, I think many of us have been exposed from an early age to the idea that positive thinking is a good thing and negative thinking is a bad thing.

And indeed, the research does suggest that pervasive and excessive negativity can not just be a real downer, but have some pretty adverse effects on our life as well.

For instance, in a 1980 study of elite skiers (Rotella, Gansneder, Ojala, & Billing), the lower and higher-ranked skiers both reported experiencing about the same amount of negative self-talk.

And in a 1983 study (Highlen & Bennett), the wrestlers who qualified for the Pan-American championships reported more negative self-talk than those who failed to qualify.

Weird, right? How could this be? Does that mean negative self-talk could even be helpful at times? 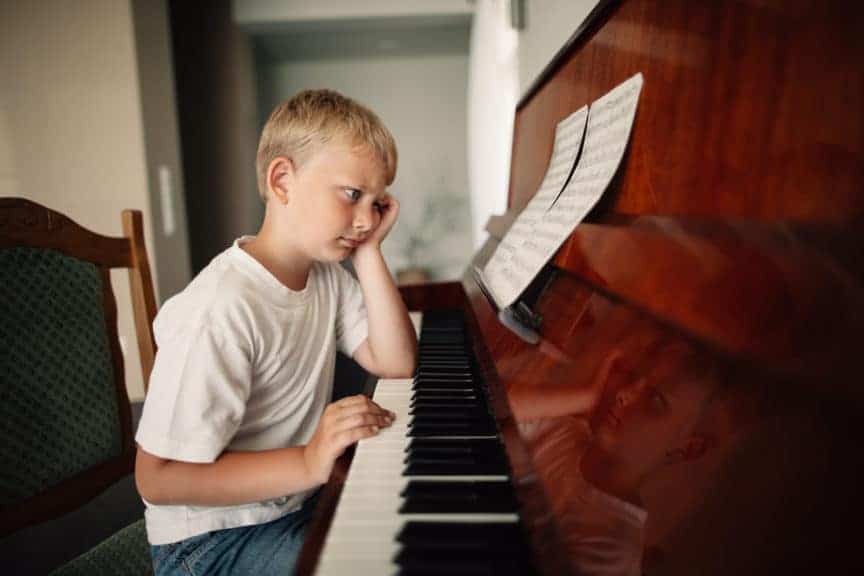 Of all of the frustrating Greek myths out there, I think the story of Sisyphus is the one that I could always relate to the most.

In case it’s been a few years since your 6th grade Greek mythology unit, Sisyphus was the guy who was condemned to an eternity of pushing a huge boulder up a hill, that would always roll back down every time he got it close to the top.

I think we’ve all had to deal with this sort of frustrating, seemingly futile task at some point or another in our lives. Like trying to keep dandelions out of your yard. Or trying to keep a hairy dog from getting mats.

But I think the reason why this story always stuck with me is because that’s how practicing often felt.

Like, if I had a good solid block of time, I could totally work all my repertoire up to a pretty decent level and feel good about how it sounded. But I rarely bothered to practice this intently, because it all felt a little pointless.

In the sense that deep down, I knew that when I woke up and took my violin out of the case the next day, the boulder will have rolled most of the way back down the hill, and I’d be back to square 2. Or 1.5.

And ok, fine, I hear you Captain Arithmetic. =) Technically speaking, yes, if I’m starting from step 2, or even step 1.5 the next day, it’s not pointless. But you get the idea. This sort of daily muscle memory amnesia is super discouraging.

So when I met clarinetist Christine Carter a few years ago, and learned about her dissertation on “interleaved” (aka random) practice, I was intrigued.

And evidently, I wasn’t the only one who felt this way. Because when Christine wrote a guest post on this back in 2017, the article exploded, and remains one of the most-shared things ever posted on this site with 61,000 Facebook shares and counting.

The article led to a number of follow-up questions, so Christine generously agreed to write a follow-up article someday. And…as you can probably guess, today is that day! 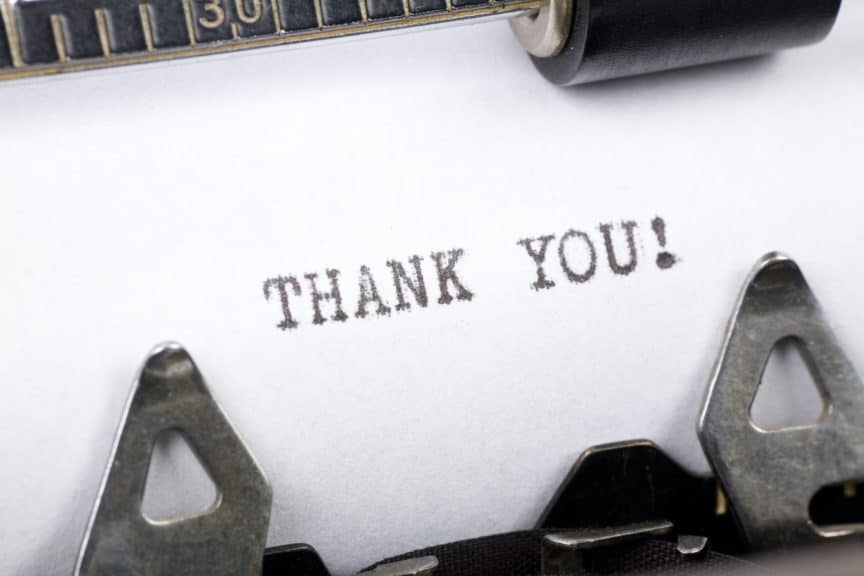 What is the default phrase you use when ending an email?

Whatever closing you may be using at the moment, it turns out that the way you end an email could be more influential than you think. And not just in terms of how likely the recipient is to write back.

Depending on the context, the way you close your emails could affect the recipient’s sense of worth and value, and even influence how they respond to other people in their inbox.

Yeah, I know…that does seem like a bit of a reach. But stay with me for a moment, because the research is actually pretty interesting – and potentially relevant to our everyday lives.

Jason Haaheim: On “Deliberate Lessons” and How to Maximize Your Progress From One Lesson to the Next 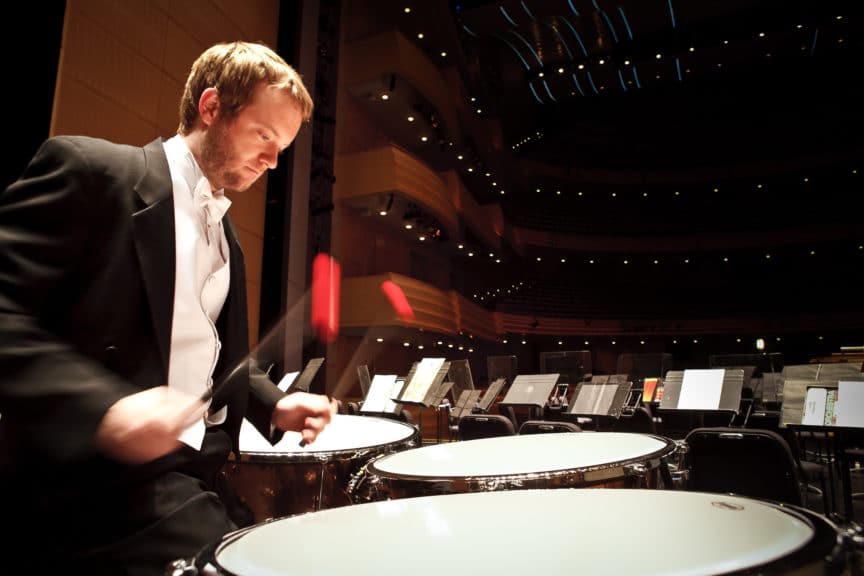 The last few months have led to many changes in how we work, how we play, how we connect to others, and a whole lot more.

But our desire to learn and get better at things that we find meaningful and enjoy doing still seems to be there. After all, many are continuing to take piano lessons, or participate in writing classes, or train in jiu jitsu, even though doing so online is not quite (or nearly) the same experience as learning in-person.

Despite its many limitations, online learning does have one potential built-in benefit, that could be worth taking advantage of not just during these unusual times, but even when in-person learning becomes possible again.

Jason Haaheim is the Metropolitan Opera Orchestra’s principal timpanist. But he took a rather unconventional route to winning that job, as it came after 10 years of working full-time as an engineer and researcher for a nanotechnology startup, where he had to squeeze all of his practice into the hours before and after work.

Given the constraints of time and energy, he – to sort of quote Matt Damon’s character in The Martian – “scienced the $#@& out of his practice” in order to maximize the impact of every minute of practice.

We spoke about some of the nuts and bolts of this in a previous episode, which you can listen to here, but in today’s episode we focus on just one specific aspect of this process. A piece of the puzzle that most of us probably don’t think of as being that big of a deal, but can actually have a huge impact on the effectiveness of our daily practice. And what’s that exactly?

The benefits of recording and transcribing (?!) your lessons.

• Why deliberate practice and learning how to learn is perhaps even more important now than ever before
• Why trying to take notes in lessons is probably counterproductive
• Why there’s probably no legitimate reason for not recording lessons
• What to do if your teacher doesn’t feel comfortable with your recording a lesson
• The two things that change when you review and transcribe your lesson
• The legality (and ethics) of recording your lessons
• Do you really have to transcribe the lesson? Why?
• How going through the process could lead to more high-level “problem-solving lessons” as opposed to “diagnostic lessons”
• How recording/transcribing/reviewing lessons could change your teacher’s behavior too
• Why lessons are also a valuable opportunity to watch your teacher solve problems, and learn how to become a better problem-solver
• Jason’s process of recording auditions, and what he would do immediately after playing a round, as it relates to becoming a much better judge of your own playing
• The obligatory Star Wars reference to Force ghosts, Yoda, and Obi Wan
• Quality vs. quantity and the rather arbitrary length of a 1-hour lesson