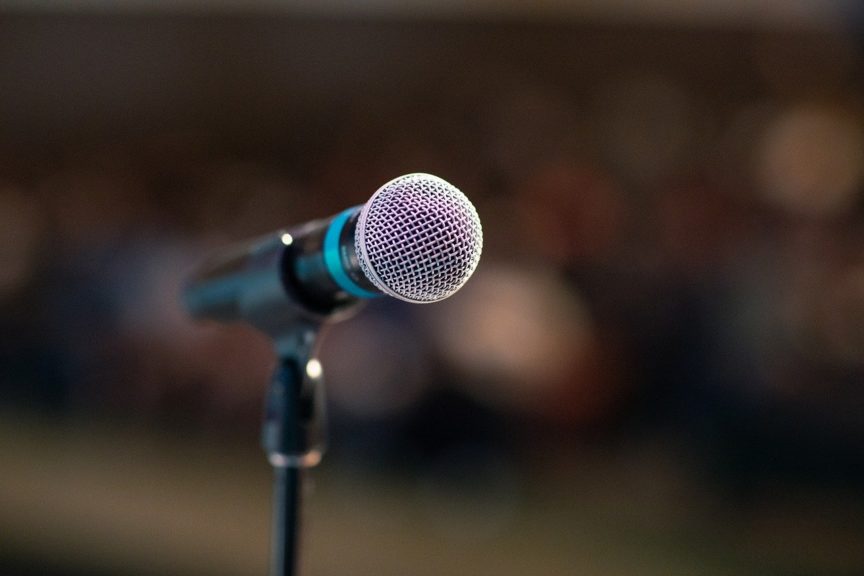 If you’ve ever recorded yourself performing (and listened back) you’ve probably noticed how in many cases, your performance sounds a whole lot better than it felt like things were going in the moment.

And that’s certainly helpful to know – but it’d be nice if our experience in the moment wasn’t quite so crummy, no? Unfortunately, those days when we’re having a really positive experience onstage seem to happen so randomly…

Is there anything we can do to increase the possibility of having one of those good days on stage, where we’re in a more positive headspace during the performance, and maybe even enjoying ourselves?

There are a number of things that could help, but I recently came across a study that highlights one simple thing we can do. 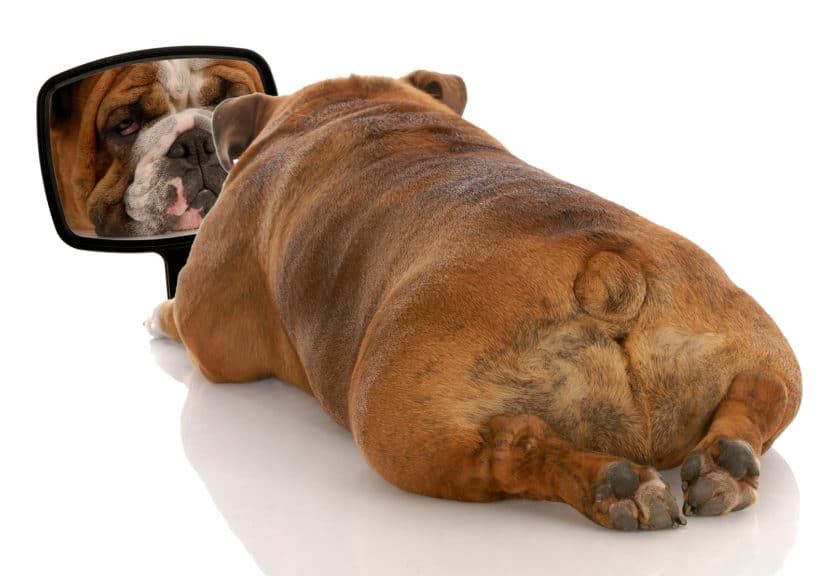 By now, you’ve surely noticed that toilet paper is a hot commodity. And you’ve probably noticed that stores aren’t quite as fully stocked with eggs as they once were. So I guess I wasn’t totally surprised when I read a little while back that some folks began stress-buying chickens. That’s right, live chickens.

Which reminded me of the handful of chickens my family had when I was growing up. Why did we have chickens? I have no idea, but I do remember that they left a little something to be desired as pets, even though they did lay the occasional egg.

Because chickens don’t play fetch. And they’re not interested in cuddling. So not being sure what else to do, I would occasionally run around and chase them.

Until one day, when the particular chicken I was chasing suddenly stopped, dropped to the ground, and just sat there like a rock. To be honest, the abruptness of this act of passivity kind of freaked me out, and I worried that something was seriously wrong. Fortunately, it was just temporary and she eventually got up, wandered back into the coop and went on to have a normal chicken life. But that moment always stuck with me. And it all came back to me when I took Psych 100 in college and read about “learned helplessness.”

Learned helplessness is a phenomenon that was first identified back in the 1960’s, and is essentially the observation that some people will passively accept their fate rather than trying to make things better, if the lesson they’ve learned from past experience is that they have no control over their situation.

Well, I think everyone has had a bad practice week. One of those weeks, where nothing seems to get better, nothing sticks, and it feels almost as if you’ve hit a wall and no matter what you do, you just can’t get to the other side.

These periods of stagnation or extended failures are not a lot of fun, and can be pretty demoralizing.

So I was particularly intrigued when I came across an old study from the 70’s which suggests that the way we talk to ourselves when we’re stuck, could potentially be one of the reasons why some people seem to shrink and perform worse in response to failure, while others seem to bounce back and perform even better.

“Argue for your limitations, and sure enough they’re yours.” – Richard Bach

Like much of the rest of the quarantined world, I’ve enjoyed watching the ESPN documentary series “The Last Dance” over the last few weeks, and reliving memories of the Chicago Bulls’ six championships back in the 90’s.

And sure, much of the fun is the nostalgia of remembering those big games and big shots, the shock of Jordan’s retirement, the excitement of Jordan’s return, the disappointment of their elimination from the playoffs in ’94-’95, and more.

Why these moments? Well, partly because they illustrate how Jordan grew to become capable of trusting his teammates over his career. But also because I imagine taking these shots must have required a ton of courage and self-trust on the part of these teammates.

I mean, when it’s the first quarter of some random game early in the season, sure, taking a shot with confidence and trust is part of the job.

But when it comes to a situation with much more pressure and much less certainty – like a crucial end-of-game shot in the playoffs, taking a big audition, starting a YouTube web series, building up new pedagogical tools and strategies and technology for online teaching, or making those fluffy Japanese pancakes that seem to defy the laws of fluffiness, it’s easy to believe in other peoples’ ability to rise to the occasion and be successful and totally doubt and question your own.

Because once we start to think about who else will be at the audition, or see what other people are already doing, it can be really difficult to visualize ourselves succeeding, and much easier to see all the ways in which we might fail or embarrass ourselves.

These are the moments where trying to force ourselves to visualize success or trying to force-feed our brain more and more positive affirmations can all start to feel like a lie. Yet we know that going into a performance or new venture expecting to fail isn’t ideal either.

Well, there’s some interesting research which suggests that the inverse of Richard Bach’s advice might actually do us some good. 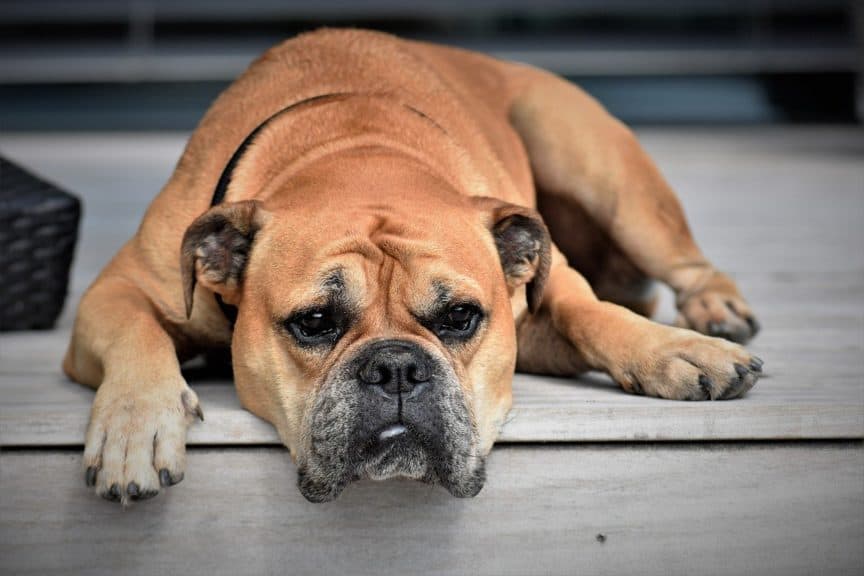 Howard Nelson & Pamela Frank: On the Intersection of Healthy Physical Habits and Efficient, Effective Practice That Transfers to the Stage 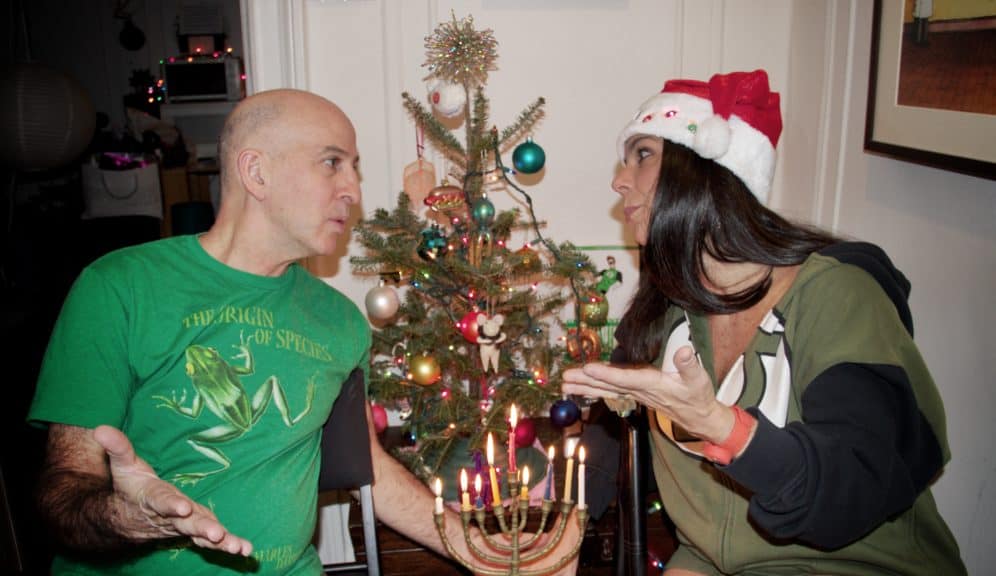 When NYC’s quarantine began in March, and more and more people began working from home, one of the biggest challenges for many, was finding a usable workspace in already-tiny apartments.

Over the last month for instance, my wife has spent more time using her piano as a desk than as a piano (HA! sick burn…) – but then again, I guess this beats using a hamper in the hallway, an ironing board, or (my personal favorite) a jumbo pack of toilet paper in front of the toilet.

And sure, it’s kind of funny and novel at first – but these lighthearted photos of makeshift work-from-home setups have given way to more serious articles about how to deal with (or prevent) neck and back pain, and how working all day on the couch is setting us up for all sorts of issues down the road.

The difficulty, from what I understand, is that the little things – like the angle of our head when we’re texting, or the way we stand while in line at the grocery store – may not be a big deal in isolation, but when you add them all up, especially over time, these seemingly trivial habits can not only lead to worrying levels of pain in our day-to-day lives, but potentially even make us more susceptible to experiencing playing-related injuries (!).

Howard Nelson has been a physical therapist for over 30 years, and specializes in addressing movement system impairments – that is, identifying and modifying the habitual movement patterns and postures that lead to pain and injury. He worked at NYC’s Hospital for Special Surgery for ten years, including five in HSS’s sports medicine department, but in recent years, has begun to share his expertise with musicians.

Pamela Frank is a world-renowned violinist and highly sought-after chamber musician and teacher. She is on the faculty of the Curtis Institute of Music, coaches at Tanglewood, Ravinia, and Verbier, and having recovered from a career-threatening injury herself, has been presenting workshops and teaching with Howard to help musicians not only learn how to avoid injury – but also play and practice more effectively too.

The story of how Pamela got injured, met Howard, and relearned how to do everything – from playing to walking to brushing her teeth.
What Howard asked her to do in the first session that made her think “What is this? This is not physical therapy, I need a real physical therapist!”
The reason why you’ll see Pamela often lift her arms up, and rest her hands on her head while sitting or standing.
We tend to think of playing-related injuries as being caused by playing-related posture or bad habits, but Howard and Pamela describe ways in which our daily habits away from the instrument influence our aches and pains in our playing too (and vice versa).
And speaking of laptops at eye level, Pamela also explains why your music stand should be higher up than it probably is – even in chamber music!
How you don’t suddenly become an artist – artistry has to be trained.
What non-judgmental and effective and efficient/thoughtful practice looks like (the next four minutes might be my favorite bit of the interview).
Pamela explains how general, unspecific self-criticism is a “cop-out” (wait…maybe this is my favorite bit of the interview?)
Howard explains why trying to avoid risks, and not giving yourself permission to make mistakes reduces fluidity, increases, and paradoxically, leads to more mistakes.