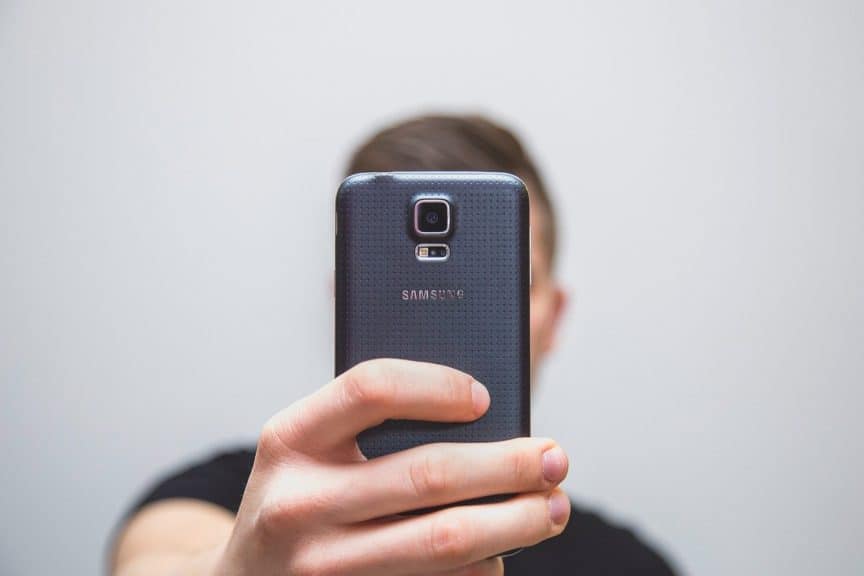 One of my advisors in grad school regularly reminded us that whether it was our dissertation or our work with clients, taking the time to fully understand and accurately define the nature of the problems we were presented with, was critically important. He would say that “If you misdiagnose the problem, you’re probably going to misdiagnose the solution too.”

I think the same could be said of practicing. Like, if you think the notes in a left-hand pizzicato passage aren’t speaking because of a finger strength problem, you’ll come up with a different set of solutions than if you think the problem is related to leverage or timing.

Of course, becoming a House M.D.-level diagnostician is not so easy! And this is of course why a teacher or colleague’s eyes, ears, and objective, impartial perspective can be so helpful.

But as we discovered in part 1 of this series last week, we are actually a lot more capable of accurately assessing our own performances than we might think – at least, we are when we’re single-tasking.

That is to say, simultaneously wearing both our performer hat and diagnostician hat while playing makes us kind of sub-par at both, whereas video analysis frees up the cognitive and attentional resources we need to evaluate our playing more accurately.

And sure, accuracy sounds like a good thing, but at the end of the day, does all of this translate into practicing more effectively and playing our instruments better?

Is Videotaping Yourself Worth the Time and Trouble? And If Yes, How So? (Part 1 of 2)

From golf to tennis to baseball to diving, basketball, and countless other sports, athletes and coaches have used videotape analysis for years to pinpoint errors, identify areas for improvement, and maximize performance.

And while I’ve heard some musicians speak about the value of videotape analysis (for instance, check out these articles – here and here – of violinist Burton Kaplan advocating for its use way back in the 60’s and 70’s!), I don’t think the use of video is nearly as prevalent as it is in sports.

Which is totally understandable. I mean, it’s only pretty recently that we’ve had easy access to video recording equipment like we have now in our phones and tablets. And even if you have the equipment, it still takes a good bit of time to not only videotape yourself, but review and analyze the recording afterwards. Plus there’s all that groaning and weeping and teeth-gnashing and drowning of sorrows in a pint of Cherry Garcia to do when we hear what we actually sound like (although, technically, this part is optional). =)

All this to say, when you have a ton of things to do, and not a lot of time, it’s easy to question the value of videotaping. I mean, you do have ears after all, and probably don’t need to play more than a few bars of anything before you hear something that need work.

But…do athletes know something we don’t? Like, is there any actual research evidence to suggest that videotaping is worth the time and effort?

As I dug into this topic, I actually found a number of studies that were pretty interesting. It was too much to fit into a single post, so I figured I’d make this a two-part series. So this week, we’ll look at what kind of impact videotaping might have on the evaluation of our performances. And next week, we’ll look at how videotaping might affect the process of practicing itself. I know that sounds a little dry and boring when I say it like that, but keep reading – it’s more interesting than it sounds. 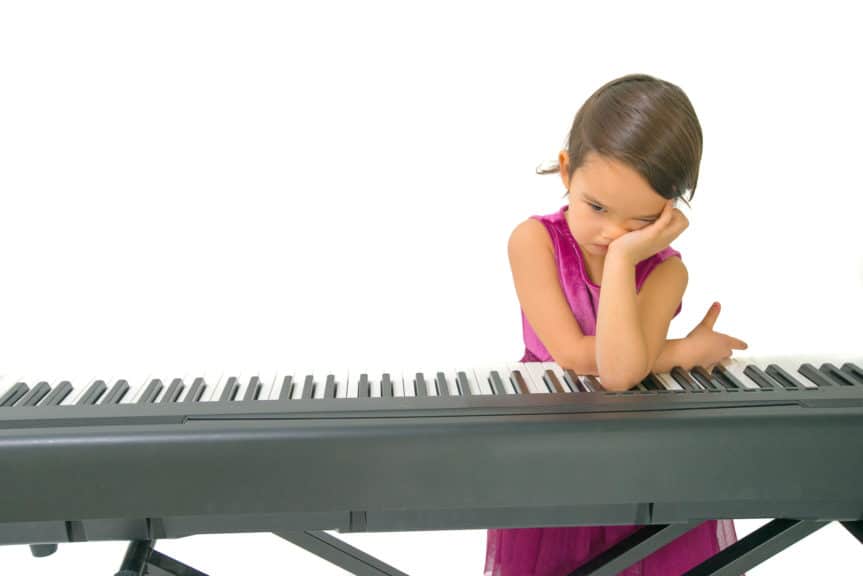 Many elite athletes have described using visualization and mental practice to supplement their training and improve performance. And likewise, a number of musicians have spoken to this as well.

More than likely, you’ve used some form of mental practice yourself, whether it was hearing notes in your head as you read through a score, visualizing how you’d like your performance to go as you drove to the concert, or mentally practicing how to ask your theory professor for an extension on your final project.

Mental practice is generally thought of as being a purely mental activity. As in, you sit in a quiet place, and silently imagine yourself playing or practicing the music in your head.

But in the last few years, researchers have started testing out some hybrid approaches, that include a few twists. Like dynamic motor imagery, for instance, where you get up and move around as you engage in mental imagery.

And you might remember that we looked at a 2018 study (Romano-Smith, Wood, Wright, & Wakefield) a few months ago, which found that doing mental imagery while watching video of an expert performing that skill was even more effective than just doing mental imagery by itself (click here to read).

Mental practice can be a great practice tool – but if you tried the “action observation + mental imagery” hybrid and it just felt like you were banging your head up against a wall with very little to show for it, a more recent 2019 study provides some clues as to why that might be. 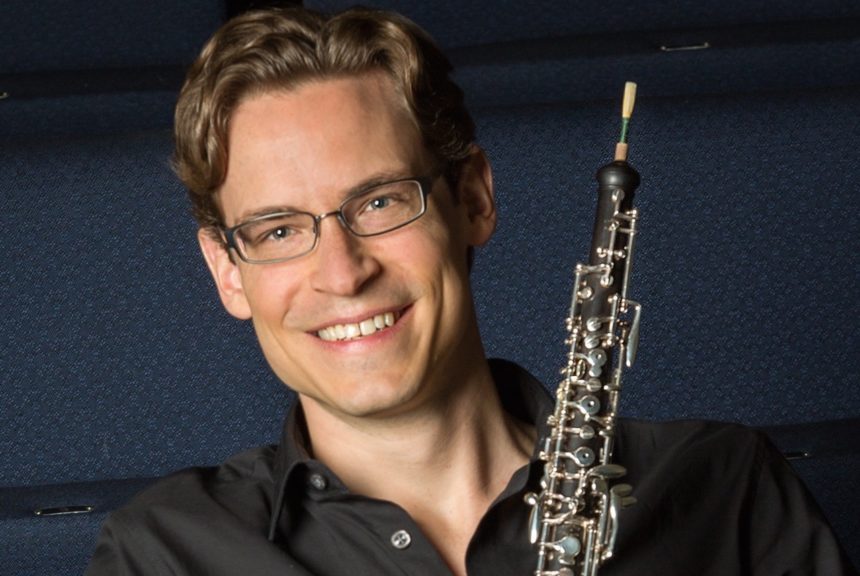 I don’t know if it’s just me, or if musicians are a finicky bunch in general, but I was always really sensitive about how my hands felt, as far back as I can remember.

I was also really finicky about how my tuning pegs felt. Like, beyond being really particular about how I’d wrap the strings around the peg, I’d get kind of OCD about how many smears of “peg dope” needed to go on each peg.

Of course, there are also the strings themselves, and how I could never find the perfect set. Not to mention how out-of-sorts I’d get if I couldn’t get my bow rehaired by my regular guy back home.

All this to say, there are a lot of things, aside from how well you know your repertoire, and how much you’ve practiced, that can be a source of frustration, stress, and anxiety on stage.

But that doesn’t mean you can’t prepare for them. Because there are definitely things you can do to get better at rolling with the punches, becoming more resilient, and building confidence in your ability to play your best, regardless of the circumstances. And my hope is that this month’s conversation with oboist Nathan Hughes will provide some actionable takeaways along these lines.

Nathan Hughes plays principal oboe in the Met Opera Orchestra, and is on the faculty at The Juilliard School. An active chamber musician and dedicated teacher, he has collaborated with renowned artists such as James Ehnes and Richard Goode, and given master classes at institutions ranging from Eastman to the Munich Hochschule in Germany and Seoul National University in Korea.

Given the unique challengers of playing a reed instrument, this month’s conversation is going to be a bit reed-centric. But that’s not to say that the discussion won’t be relevant or useful to non-reed players too. Because I think you could make the argument that learning how to deal with, or make the most of the imperfect hand you’ve been dealt, is an essential skill that all musicians could benefit from – since no audition or performance ever goes quite like you’d expect.

And as an oboist, who has had to wrangle and wrestle with reeds for decades, Nathan has some great ideas on how to cultivate resilience and mental toughness, that I think transfers nicely to other instruments as well.

– The various environmental and reed-related factors – from humidity to altitude to barometric pressure (?!) – that can stress oboists out, because of how they compromise oboists’ ability to play their instrument (i.e. sound, intonation, articulation – and sometimes, even the ability to play the notes at all).

– The importance of having a daily routine.

– A practice strategy Nathan uses to switch from “practice mode” to “performance mode,” so that he can not only be in a better place mentally on stage, but also ensure he has the right reed for the situation.

– Dealing with reed regrets on stage.

– How identifying “reed limiters” helps him pick the right reed for an audition.

– His thoughts on switching reeds during a round.

– An exercise he uses to cultivate mental toughness and improve his ability to focus past whatever the limitations of his reed may be on stage.

– How he multitasks while making reeds, and prioritizes his repertoire, so as to make the most of his limited practice time.

– The reason Nathan thinks oboists were put on this planet – and why it’s important to make sure you don’t neglect working on the slow “easy” passages.
– How he stays engaged in a performance and avoids spacing out and losing his focus during long rests.

– A funny “insider” story about a singer at the Met, and the surprising things Nathan saw him do backstage that seemed to get him into an optimal mental and emotional state right before going on stage.

– A few of the things Nathan says to himself or thinks about to stay in a better headspace when performing.

– The adjustments he had to make to his reed-making process when moving from his job as principal oboist in the Seattle Symphony to principal oboe at the Met.