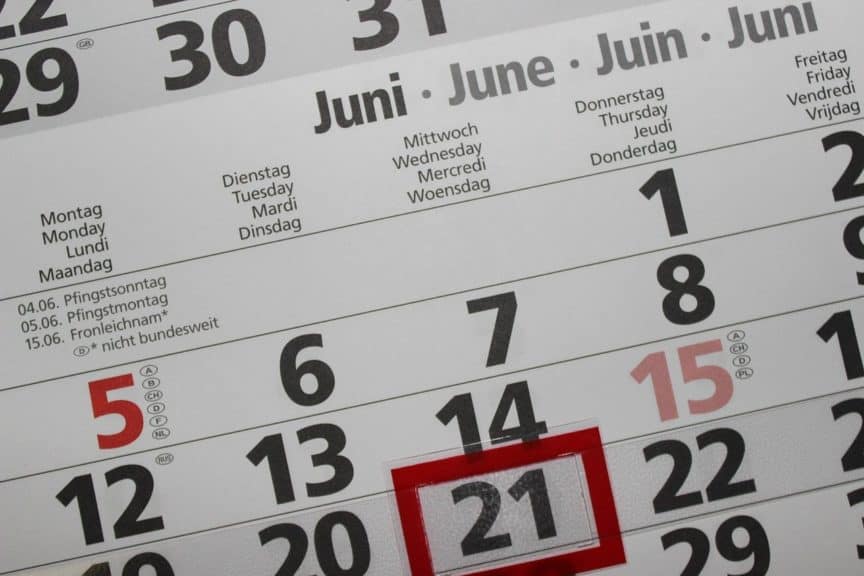 Whether it’s starting your morning off with a cup of coffee, brushing your teeth at night, or checking email as soon as you log into your computer at work, we engage in a lot of behaviors every day that are, essentially, automatic. Where we don’t have to consciously tell ourselves to do them – we just act out of habit.

Some of these habits (like turning off the lights when we leave a room) are good things, but others (like chowing down on Doritos with our mouth open), not so much.

So whether we want to develop the habit of flossing our teeth every morning, brushing the dog’s teeth every night, or starting off every day’s practice with a few minutes of scales, it’s often said that it takes 21 days for this new behavior to become a habit.

But is this actually true? 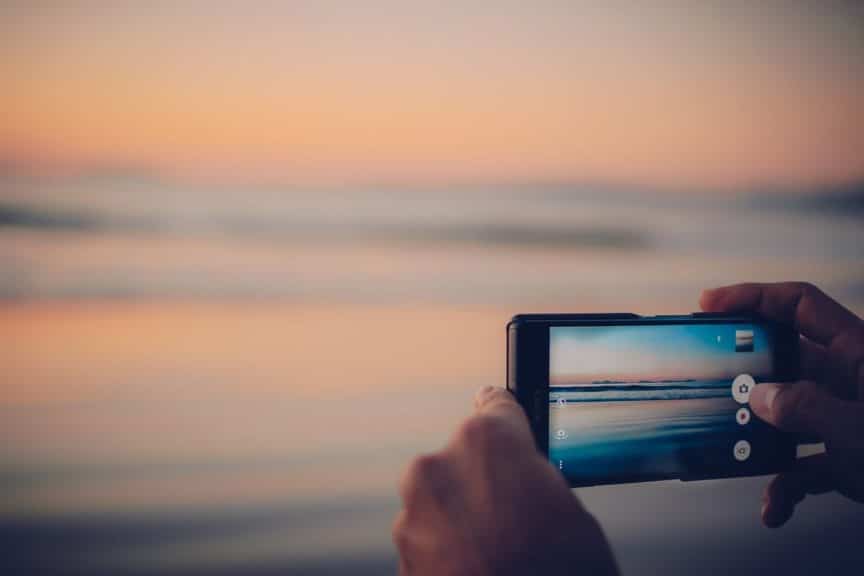 In Season 8 of Friends, Alec Baldwin makes a guest appearance, playing Parker, a character who is over-the-top-enthusiastic about everything. Who at one point, can no longer contain his excitement, and tries to capture a mental snapshot of the moment (watch the clip here).

That episode aired in 2002. Months before the first phone with a built-in camera would be available in the US, and five years before the release of the first iPhone.

Of course nowadays, camera phones are everywhere. So there’s no need to capture a “mental” snapshot of anything.

But are we worse off for it?

I mean, go to any restaurant, park, sporting event, or school play, and people are taking pictures and videos left and right.

Which, can sometimes be annoying. Like, if you’re trying to watch your kid’s dance concert, and the person in front of you has a freaking iPad blocking your line of sight. Or whose phone is in the frame of the video you’re trying to take – oh, wait…

But let’s put aside the question of how our phonetography obsession affects the experiences of people around us, because I think that’s probably pretty clear. The more interesting question is – what effect does taking photos have on our experience of these moments?

I can definitely remember times when I have put my phone away, and mentally thumbed my nose at the clearly less psychologically savvy folks around me, thinking that experiencing my surroundings through my eyes, rather than through the screen of my device, was enabling me to have a more enjoyable experience than theirs.

But is this actually true? Does taking photos actually detract from our enjoyment of an experience? Or have I just become a mindfulness snob? 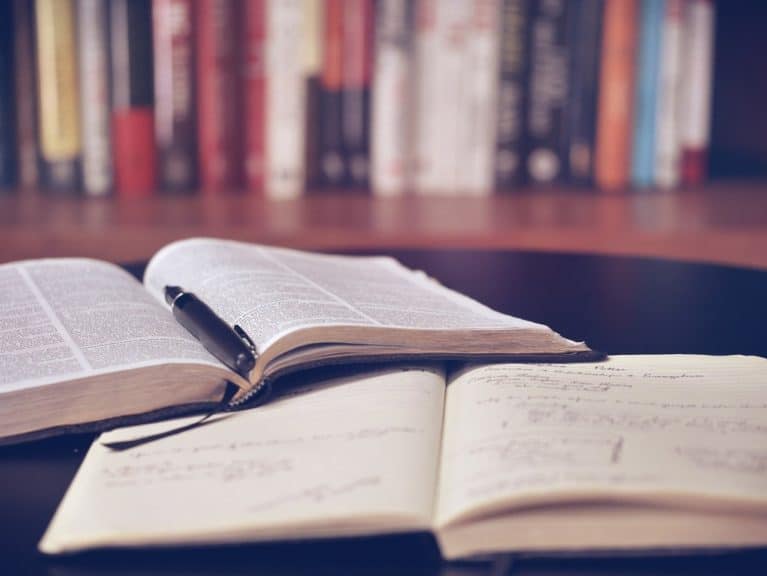 When my kids were in elementary school, I remember that studying for tests was pretty straightforward. Sure, they had to put in the time, but the teachers made it pretty clear what they needed to study. 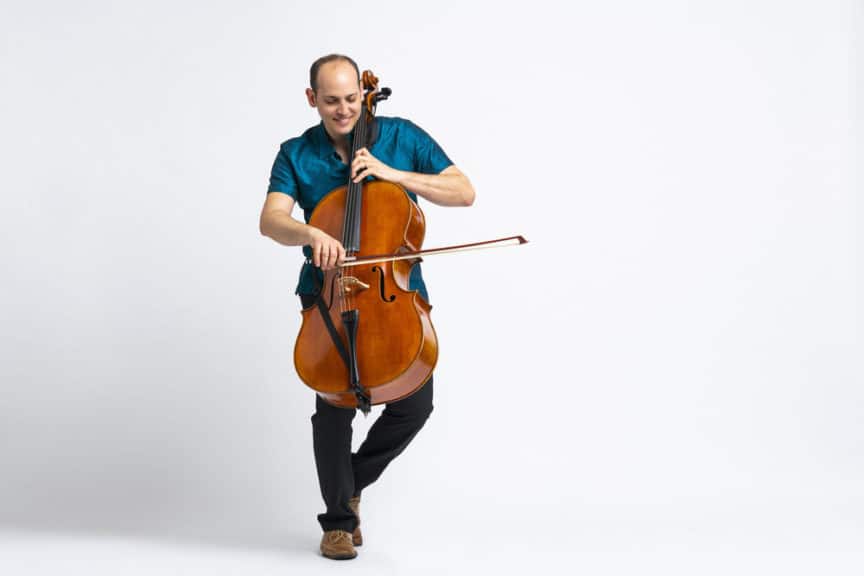 “Here’s to the crazy ones, the misfits, the rebels, the troublemakers, the round pegs in the square holes… the ones who see things differently — they’re not fond of rules… You can quote them, disagree with them, glorify or vilify them, but the only thing you can’t do is ignore them because they change things… they push the human race forward, and while some may see them as the crazy ones, we see genius, because the ones who are crazy enough to think that they can change the world, are the ones who do.”

I know this is from an advertising campaign, but I love it anyway. It’s on the lock screen of my phone, so I see it hundreds of times a day. Actually, it’s the only thing I’ve ever had on my lock screen, going back to 2011 when I got my first iPhone…

I think we all want to be creative. And I think we all have it in us to be creative. And we even say we want more creatives in our classrooms and in our workplaces – although the research suggests that our behavior indicates otherwise. Because despite sincerely and genuinely valuing the idea of creativity, we actually tend to prefer students and employees who are “pleasers,” and don’t demonstrate the kinds of rule-breaking, impulsive, non-conformist, risk-taking, behaviors that tend to be characteristic of creatives.

After all, the reality of creativity is that it’s messy. Risky. Uncomfortable.

At some point, it almost seems that we start to hesitate and hold ourselves back, afraid to risk the possibility of being too creative. And we may even feel the need to be given permission to unleash our creativity.

Of course, eventually, we discover that nobody is actually going to give us permission, and that the permission to take risks, make a mess, and struggle through uncertainty has to come from within – if we hope to cultivate our own creative identity, whether it’s as a pianist, composer, conductor, writer, architect, photographer, or pet stylist.

But how do you give yourself permission, exactly?

Well, it’s certainly easier said than done. And I don’t know that glancing at Jobs’ quote a bazillion times will quite do the trick (though it might explain why we have so many Apple devices in our house?). But I do think that it helps to hear stories of how others found a way to navigate this path. To see the ups and downs and daily practices that keep them moving in the direction of their ever-evolving artistic vision.

So whether your audition or recital repertoire is feeling a little stale, or you’re looking for new ways to spice up your practice, or have been feeling a kind of stuck-ness and an itch to explore something new, I hope you’ll find something in this episode that will help you give yourself permission to add a bit of that messy-but-gratifying sort of creativity to your week, month – or even year, for that matter!

Mike Block is a multi-faceted cellist, singer, composer, and educator, who has been described by Yo-Yo Ma as the “ideal musician of the 21st Century,” and is on the faculty of the Berklee College of Music, and the New England Conservatory.

*Mike’s admission that while he discovered within himself a desire to sing and play the cello – he also discovered that he was a “horrible singer,” and one of the ways in which he handled this.

*How he managed to begin exploring composition despite getting very little formal training in it outside of a little bit in music theory class.

*Mike’s experience of “craving a different musical identity” and how this led to a positive shift in his mindset on stage.

*One of Mike’s most challenging early-career “fails,” which came a week after one of the greatest professional achievements of his career to that point – and how this taught him that no matter how great he may be in some areas, it’s totally ok to struggle with new things that he’s interested in learning.

*I love this part where Mike says that instead of worrying about whether he was the right person for a gig or not, he just took every opportunity offered, assuming he would find a way to rise to the occasion. And that if he couldn’t manage to do so – it wasn’t so much his fault, but the bandleader’s for hiring him.

*Mike’s “exploratory” approach to practicing – and how this would boost the creativity with which he would approach classical music.

*How the technical aspect of his practice has changed over the years. For instance, the improvisational way in which he practices scales, which he describes in more detail.

*Where to begin, if you are itching to explore more creative outlets for your personal musical expression.