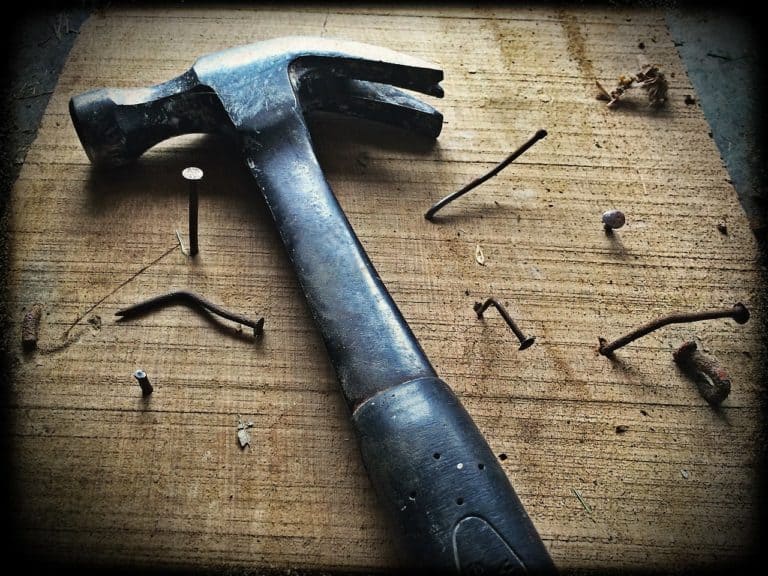 A student recently told me of an old Italian tradition among singers, where some would not go on stage to perform until they found a bent nail backstage. Even Pavarotti is said to have engaged in this ritual. Other musicians like Led Zeppelin, John Legend, and Beyoncé have described their own quirky pre-show rituals. And many athletes are known for their unusual game-day or pre-shot rituals as well.

Most of the pre-performance rituals that sport psychologists develop with athletes include strategic elements like breathing, or releasing tension, or visualization of the desired outcome. Actions that are intended to help the athlete get into a more optimal mental or physical state for performing optimally.

But some rituals – like the bent nail – seem totally random. Yet…could even these sorts of rituals enhance performance too? 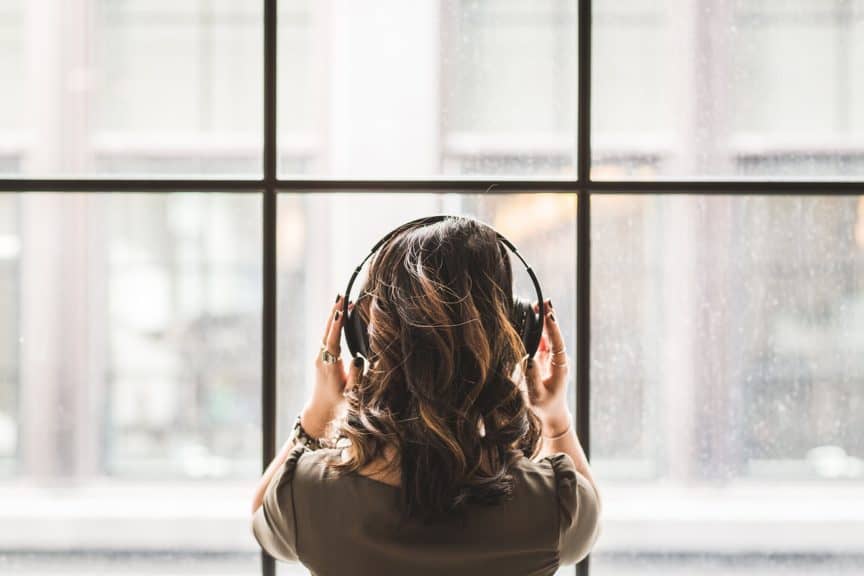 Whether it’s getting stuck in traffic on the way to rehearsal, waiting for your turn at an audition, or standing in line at the Upper West Side Trader Joe’s on a Saturday, much of life seems to consist of…waiting.

Which in the grand scheme of things is probably not such a big deal, but sitting around idly with nothing to do does tend to lead to a lot of mind-wandering.

And sure, letting our thoughts wander aimlessly is harmless enough when we’re waiting for the dog to do his business, but when the thing we’re waiting for is an audition or performance, letting our mind drift to all the what-if’s, doubts, fears, insecurities, and comparisons our brain likes to ruminate on, can make for a pretty unpleasant wait.

Some folks have found that reading a book helps to pass the time and keep them in a more positive headspace.

Others prefer to rewatch old episodes of a favorite TV series, like The Office, or Friends – something you’ve watched a million times before but still manages to keep you semi-engaged.

And in sports, you’ll often see athletes with headphones on during their pre-game preparations, using music to get into the zone (like these six Canadian Olympians).

It might seem a little odd to use Metallica to get into the right headspace for Brahms, but then again, a friend once mentioned that she would sometimes listen to the Game of Thrones theme song backstage to help her feel more like a “badass” when she needed to get into a more empowered headspace for auditions and big performances.

So…can the right music really keep your mind from wandering to the bad place, and be an effective way to help you stay in a more effective mental state on audition and performance days? 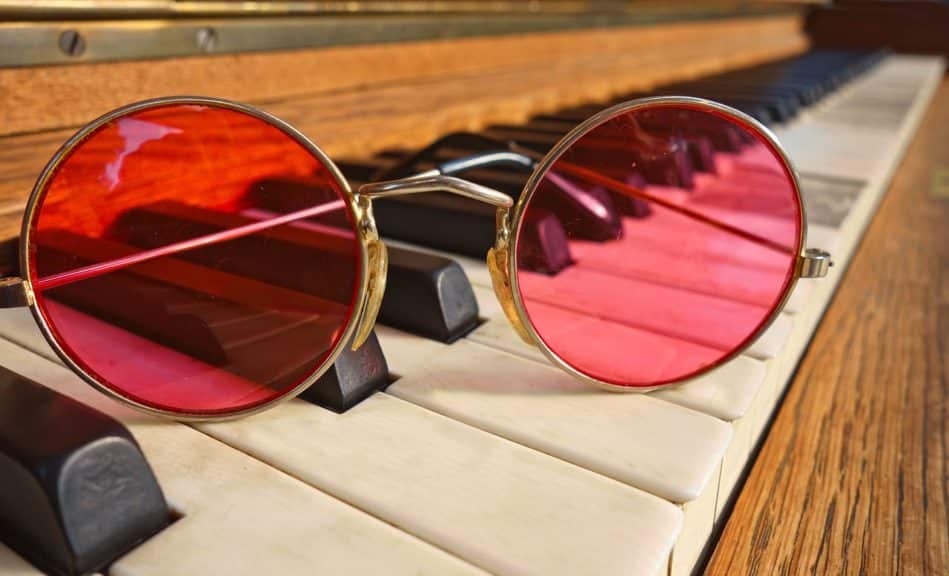 You know how people say you should never go to the grocery store when you’re hungry?

I know this is probably good advice, but when I’m hungry is like my favorite time to go! Then again, that’s when I end up with all sorts of stuff in my basket that wasn’t on my shopping list. Most of which don’t serve my long-term health and fitness goals…

Umm…and what does this have to do with anything?

Well, I wish I could say that I spent most of my life practicing in an organized, thoughtful, and strategic way.

But the truth is that it looked a lot more like going to the grocery store hungry.

Like, rather than beginning each practice session with a clear, specific list of problems to address (a.k.a. shopping list), I went in with a pretty general and vague goal of “stay in the practice room until things don’t suck so bad” (a.k.a. “put yummy things in tummy until full”). Where I’d basically start playing (a.k.a. wandering around the store) and spontaneously auto-generate this ad-hoc list of things to work on (a.k.a. put food I’m craving in basket) with no system for tracking my progress or solutions.

Obviously, this is not an efficient strategy for making the most of your time. And whether you want to be at your best in an audition, run a marathon, or make dorm-style ramen, it helps to have a plan.

Well, a few years back, Met percussionist Rob Knopper wrote about his strategy for making practice maximally efficient and effective. Which you should totally read after finishing this post (it’s linked at the bottom), but for now, the TLDR version1 is that in the same way that it helps to have a detailed shopping list and recipe if you want to make non-sucky lasagna, practicing becomes much more effective when you have an organized list of well-defined problems to find solutions for.

Of course, unlike the Sandwich of Justice, which has only so many ingredients, there are a near-infinite number of things you could work on in your next practice session. There are intonation issues to solve, rhythm issues to troubleshoot, fingerings, bowings, and stickings to sort out, sound production problems, coordination challenges, and more. And there’s only so much time before your lesson or next performance. Ack!

So what’s the most effective way to work through your list? Should you start with the easiest, quickest issues? Or with the really thorny, complicated, difficult ones? 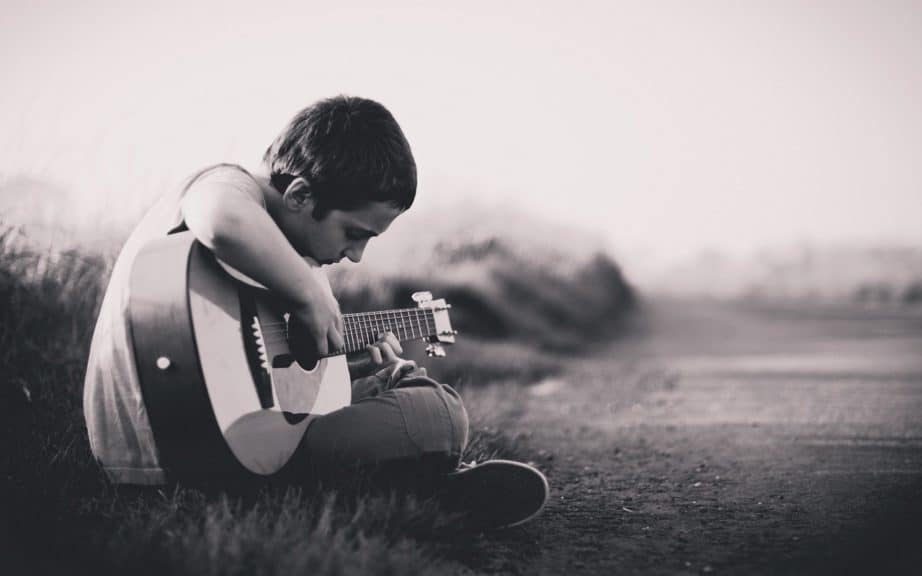 Once you get pretty good at riding a skateboard, hitting a tennis ball, or playing with a nice juicy vibrato, it can be easy to forget what it was like when you were struggling to do these things as a beginner. And be surprisingly difficult to remember just how unsteady, awkward, uncoordinated, or ineffective everything felt in the early stages of learning that new skill.

Because sure, everyone goes through periods where they struggle with vibrato, playing with a straight bow, or executing clean attacks and articulation at some point. But, as your skills develop, and you start playing at increasingly higher levels, you begin to forget many of the little details that become increasingly automatic, and no longer require as much conscious effort.

And in much the same way that you don’t remember how hard it was for you to learn how to walk, and would probably be hard-pressed to teach a class on Walking 101 to toddlers, this “curse of expertise” can not only lead to advice that isn’t particularly helpful (like “just put one foot in front of the other”), but comes across as being less empathetic, and less encouraging or supportive.

So, how can we overcome the “curse of expertise” and give better advice to our students when they are struggling with something that’s no longer difficult for us? 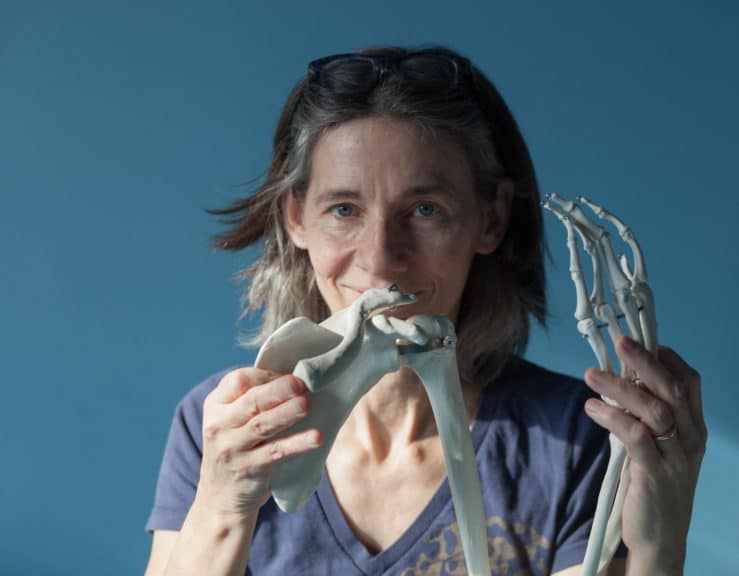 I can’t remember where it started. Maybe it was a flareup of the “violin hickey” on my chin. Or maybe it was a response to seeing one of my violin idols play without a shoulder pad, which always seemed like the coolest thing ever. Or maybe I was just wishfully hoping there was some quick fix that would enhance my playing.

But I remember going through a pretty long phase – from sometime in high school, through grad school – where I was constantly tinkering and experimenting with different setups.

I’d go to the violin ship and try out different shoulder rests. I’d go to the drug store and buy various makeup sponges. I’d peruse the automotive section of the hardware store and get various cloths and fabrics and leather.

And when I read that biomechanically speaking, it makes more sense to add height to the chinrest than to the shoulder area, I went through boxes of chinrests, with varying heights, depth, shapes, and locations relative to the tailpiece.

Eventually, I did come up with a setup that felt decent to me. Which, for what it’s worth, involved a rubber band, some string, a red rubber sponge, a relatively flat “guaneri-style” chinrest, and a small square of cloth cut from a favorite old black t-shirt (which, now that I think of it, hasn’t been washed in a couple decades, ewww…).

But how important is the “right” setup anyhow? And how can we figure out what setup is truly best for our individual shoulders, arms, necks, and chins?

I met Claire Stefani this summer, where she was working with students at Philadelphia Orchestra concertmaster David Kim’s annual Orchestral Institute. Over the last 8 years, Claire has worked with professional and amateur musicians of all ages and levels across North America and Europe, helping them to optimize their chinrest and shoulder rest setup so they can play more freely and effortlessly, while minimizing tension and the risk of injury.

* Claire’s surprise at the physicality of playing the violin/viola (as compared with the more overt physicality she experienced as a field hockey player on the French national team), and the risks and dangers of underestimating how physical a task playing an instrument can be. (3:43)

* Why the head plays such an important role in minimizing tension everywhere else in the body (7:48)

* How effortless playing is perhaps less about relaxing all the muscles in your body and more about finding an optimal balance between engaging and disengaging the right muscles at the right time (9:32)

* Why keeping things moving is key to preventing tension (19:30)

* Why your setup is such a critical part of injury prevention. In that you can go to the physical therapist all you want, but if you continue to engagement in a movement pattern that goes against the anatomical design of your shoulder, you’re only going to undo the work that you’re doing in PT/rehab/etc. (25:50)

* I ask Claire to distill our talk into specific action steps, in terms of what exactly one can do to try to find their optimal setup (35:23)

* Why more men tend to be clients more often than women – something she didn’t expect (40:26)

* A final reminder that pain is your body’s way of telling you that something you’re doing isn’t working (42:40)