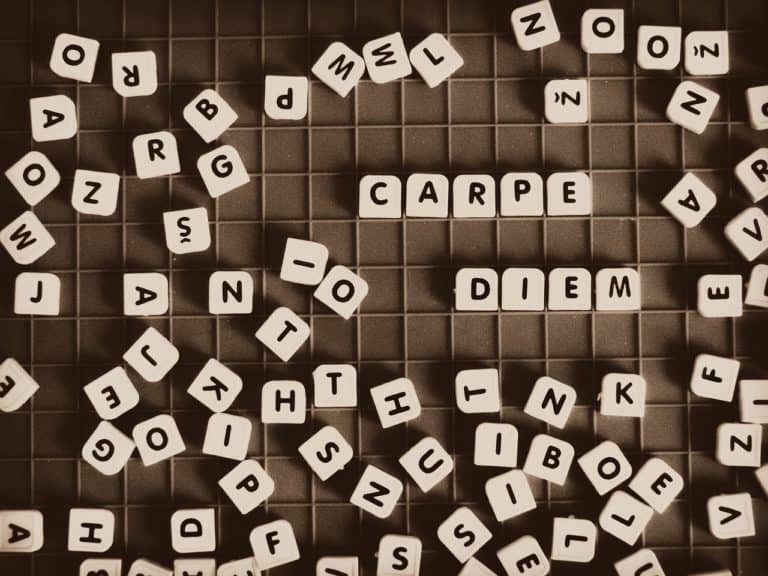 Getting into the character of a piece, right from the first note, can sometimes be a challenge when there’s no long orchestral tutti to help set the mood. Or if you have to switch from one orchestral excerpt to another in an audition where it’s all on you.

Musicians have been known to write key words or phrases at the top of excerpts. Which seems like a pretty handy way to remind ourselves what we want to say with the piece, instead of blanking out and giving a generic, uninspired performance.

But does this really work? As in, do these “trigger words” actually translate into changes in one’s performance that are audible to a listener? 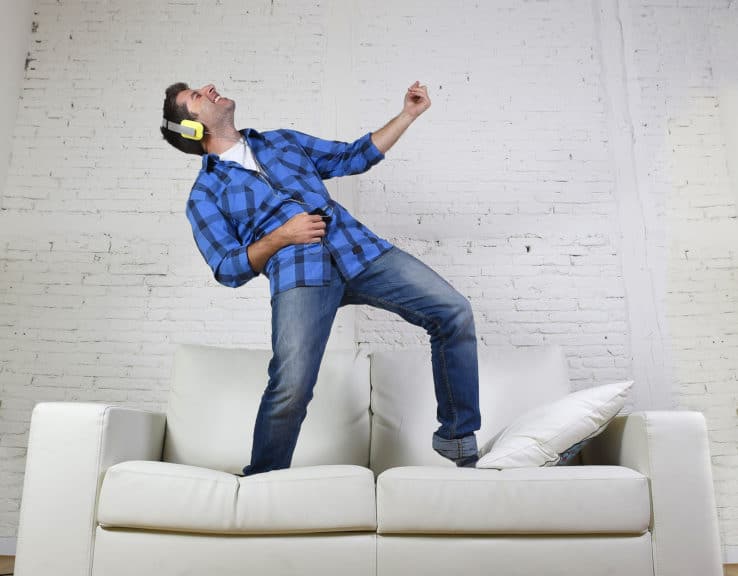 Aside from the day I graduated from velcro sneakers and learned how to tie my lace-up Spiderman shoes, I don’t think I thought very much about knots until the day my dad showed me how to tie a slip knot. Which led to a brief fascination with knot-tying.

Of course, in those days, you couldn’t just hop onto the internet and look up a video, so I ended up getting a knot-tying kit. Which is when my initial excitement quickly faded…because learning how to tie knots with only a hand-drawn diagram to guide you is a special kind of challenge that 8-year old me was just not up to.

Things are quite different today, of course, as YouTube instructional run the gamut from knot-tying to solving a Rubik’s Cube, to cooking the perfect eggs, to surviving an alien abduction.

The research suggests that observational learning – where we learn how to perform a skill by watching someone else perform that skill – can be a useful way to enhance learning and performance.

But a recent study suggests that if you’re going to engage in this kind of learning, there’s a better way to do it. That a simple tweak to the process can increase the effectiveness of this learning method, whether you’re watching a YouTube video, or observing your teacher demonstrate a new skill in your lesson. 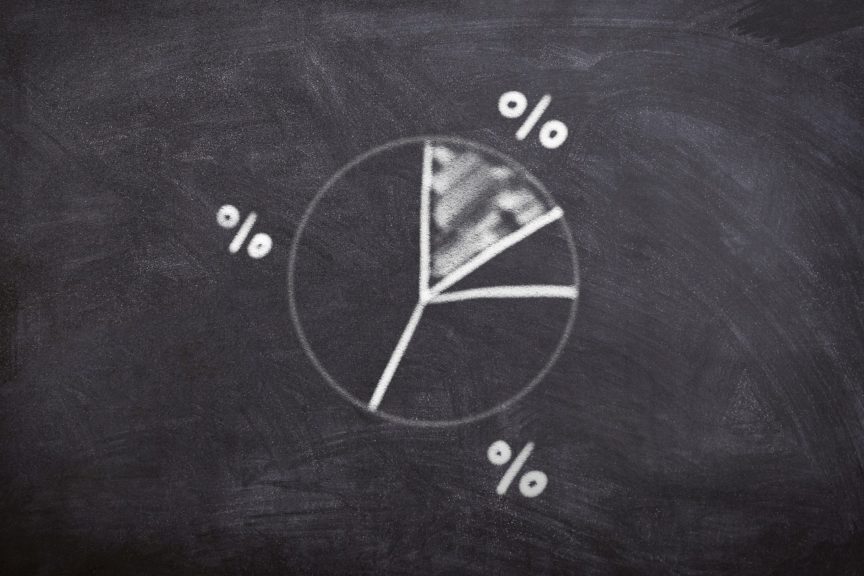 What if I start shaking and embarrass myself in studio class?

What if I mess up this gig, and don’t get invited back?

What if I started getting serious too late? What if things don’t work out? What if the aggregate total of jelly in the dozen donuts I’m bringing home is too much liquid to carry on and I can’t get through airport security?

It’s pretty easy to get stuck in a cycle of worries and what if’s. And to become increasingly anxious and stressed out as we dwell on thoughts that feel very real and increasingly likely, the longer we think about them.

In reading books about this sort of thing over the years, I always remembered seeing a claim that 90% of the things we worry about never happen.

This makes for a great quote to post on Facebook with a pretty picture – but is there any truth to this number?

Like, is this a real statistic with any actual data or research behind it? Or is it one of those made-up numbers that seems to show up all over the internet, but nobody knows where it came from? Like how it takes 21 days to form a new habit. Or how 73.6% of all statistics are made up. 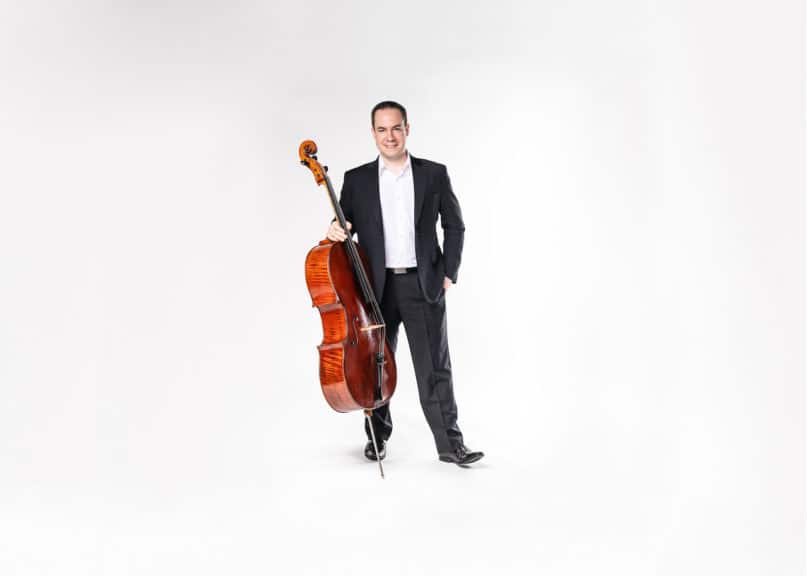 Several years ago, I stumbled across a video of the violinist Pamela Frank sharing some advice she once received from the conductor Yuri Temirkanov about the opening of the Brahms Violin Concerto.

In what she describes as being a total light-bulb moment, he explained that “To play exciting music, you cannot be excited.”

In other words, the Brahms Concerto isn’t exciting because the performer’s heart rate is elevated. The excitement is created by something that’s written into the music, which, when executed in just the right way through a carefully choreographed series of physical movements, evokes an emotional response in the listener.

I don’t think I had ever heard anyone say this before in quite that way. So naturally, I was pretty intrigued, since for much of my life, I thought performing was all about just feeling the music, and letting the result on stage be whatever came from that.

This worked well enough when I was a kid, but I grew increasingly perplexed as I got older. Because on many occasions, I’d listen back to the recording of a performance, and hear in my playing only a tiny fraction of the emotion that I was feeling in the moment.

Plus, what was I supposed to do when I had to play a piece that didn’t evoke much of any emotional response in me? I mean, for the life of me, I never could manage to feel much of anything for the Schoenberg Phantasy, for instance (but is that just me?).

Obviously, something different has to happen in the practice room for performances to truly come alive on stage. But what is it exactly? How do you practice, so that you’re able to perform in a way that consistently creates an inspired, and emotional experience for the listener?

Blaise Déjardin is Principal Cellist of the Boston Symphony Orchestra, a founding member of the Grammy-nominated ensemble A Far Cry and the Boston Cello Quartet, and founder of the online sheet music company Opus Cello.

* How playing beautifully doesn’t necessarily require an emotional connection to the music. Sounds like heresy I know, but it all makes a lot of sense when you hear the explanation (1:04)

* How technical problems have to be addressed consciously before they can be performed automatically (5:56)

* How he’s very detail-oriented in the practice room – but discovered this is not a useful headspace on stage (6:57)

* A description of the sort of thoughts that go through his mind as he practices (8:19)

* How he started arranging music for more than one cello, and how this turned into Opus Cello. Plus, how arranging benefits his playing, and gives his career more variety – and a different kind of fun too (19:16)

* Some of the personal philosophies and strategies (like one that will resonate with your inner 5-year old) that helped him get into a good headspace for the BSO principal audition he won (on his second try, FWIW) (22:47)

* Why it’s pretty much guaranteed that you’ll make a mistake in every audition you take (but that’s ok) – and how striving for perfect can be counterproductive (30:54)

* Why he didn’t touch the cello or practice at all the day before the audition  (35:22)