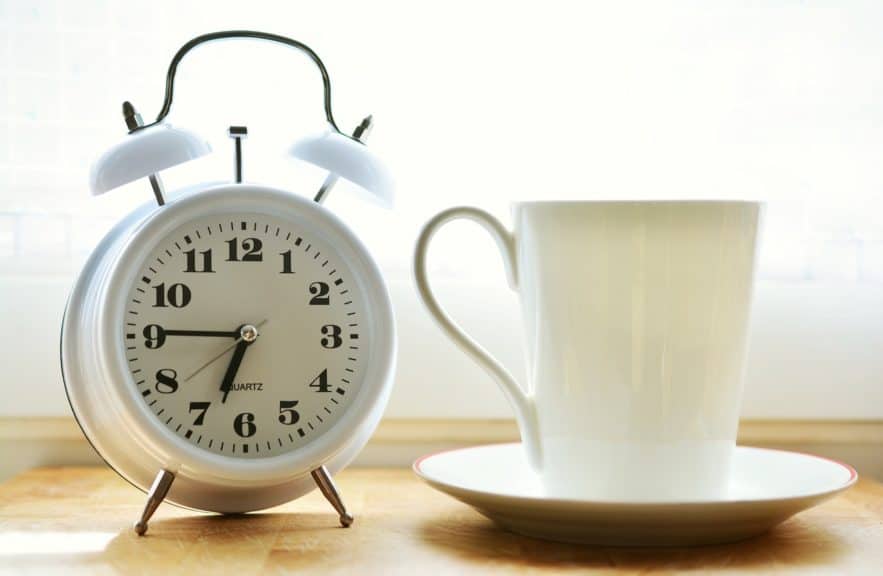 Having kids and a dog has totally changed my perspective on what “normal” bedtime and wakeup times look like. But in my college years, 2am seemed like a pretty normal bedtime.

I mean, the conservatory building closed at 11am, and the snack bar was on the way back to my dorm, so it made perfect sense to stop by and grab a sandwich, some chili, and a giant cookie, to fuel up for some 4-player Mario Kart with my roommates.

Of course, when you combine late-night grease, chili, sugar, Mario Kart, and a 2am bedtime, the result is a natural wakeup time of something in the neighborhood of 10 or 11am.

So when summer came around, 9am summer festival orchestra rehearsals were kind of rough. My fingers felt sluggish, my brain was in a fog, and it wasn’t until rehearsal wrapped up around noon that I started to feel like my normal self.

At the time, I assumed I was just more of a night owl, and that morning rehearsals simply didn’t jibe with my natural body clock.

But a recent study suggests that our circadian rhythms are actually somewhat malleable.

That you can train yourself to become more of a “morning lark,” shift your peak performance window to earlier in the day, and enjoy not just a boost in performance, but perhaps even in mood as well. 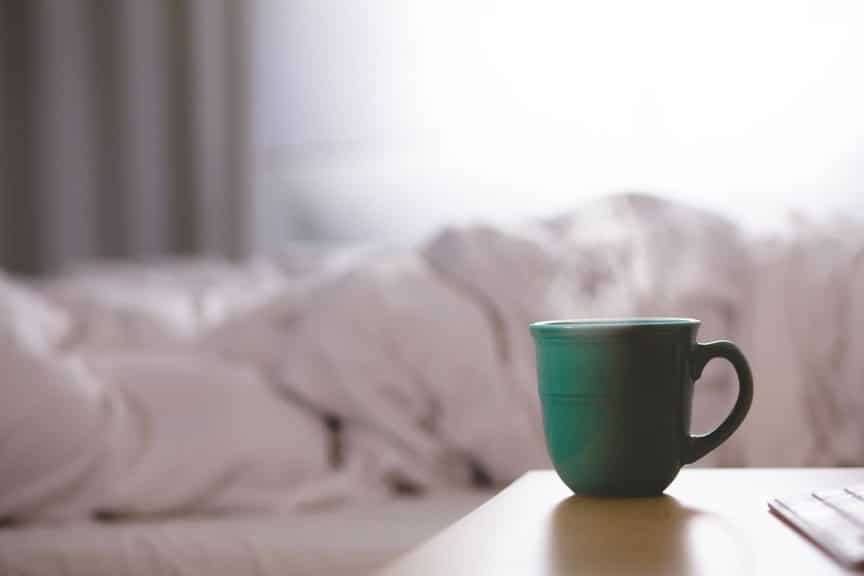 Even if you’ve had a good night’s sleep, there’s something about that post-lunch period in the afternoon that can be rough to get through, whether you’re in rehearsal, a class, or perhaps just trying to practice.

So while I’m not a coffee drinker myself, I’ve been intrigued by the rumblings in various corners of the internet (and even my classroom) about this thing known as a “coffee nap.”

Which, aside from being the best oxymoron ever, sounds pretty darn intriguing, no?

But first off, what the heck is a coffee nap?

And more importantly, is that really a thing? Like, is there any evidence to suggest that a nap (which is awesome) and coffee (which my wife tells me is awesome) are even better together than on their own? 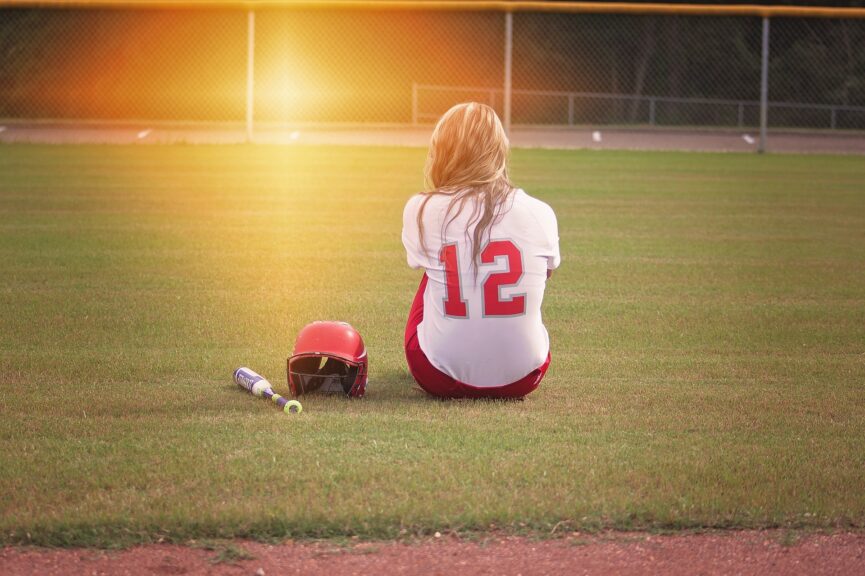 We’ve all experienced setbacks at some point in our lives.

Maybe it was a truly horrifying series of memory slips in a recital. Or failing to pass a jury. Or getting wait-listed, on your last year of eligibility, at the summer festival you’ve always dreamed of going to.

So when we begin to teach, and the young musicians who’ve entrusted us with their development experience setbacks of their own, most of us can totally empathize with the disappointment and frustration they must feel.

Therefore, it’s a rare teacher who would pull them aside as they walk off stage, get in their face, and proceed to yell at them, riffing on some combination of “what’s wrong with you?!” and “you’re such a @$#&-up!” and “you’ll never amount to anything!”.

Because we know that blaming and negativity at that moment is not going to motivate the student to bounce back, but probably just make them spiral even faster to the bad place. Magnifying all the unpleasant emotions that are going to make them want to zone out on the couch in their Snuggie, and dive into a family-size bag of Cheetos with episodes of House streaming in the background, instead of redoubling their efforts in the practice room.

Given that, why is it so difficult to be more compassionate towards ourselves when we experience a setback?
Though the phrase might make some cringe a bit, self-compassion is starting to get more research attention in sport psychology, because it seems to facilitate many of the qualities and characteristics that are also associated with greater resilience and mental toughness.

In that it’s not harsh, excessive self-criticism that leads to enhanced motivation and persistence, but self-compassion that facilitates these more adaptive responses to setbacks.

But how does one actually go from being self-critical to self-compassionate?

Like, on a practical nuts and bolts level, what are we supposed to do? Is it just waking up one day and deciding to change how we think? Or are there concrete things that can help facilitate a transition from one mindset to the other? 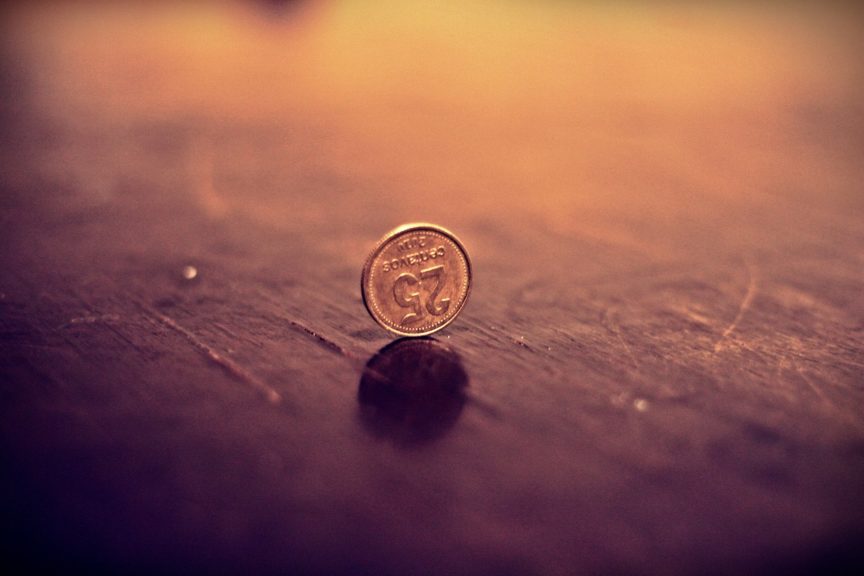 At the risk of sounding like a bit of a nut, I must confess that I have a longstanding aversion to socks. It’s not a phobia – I just don’t like having to keep my little toes wrapped up in what’s basically a sweater, when they’d be so much more comfy in a tank top.

So as soon as the temperature hits 55°F, out come my trusty flip-flops, and – much to the consternation of my wife – I happily wander around the city pretty much socks-free until Fall rolls around and the temperature dips back under 55°F.

But having experienced some recent knee issues, my doctor noted that I might need to invest in some “motion control” shoes to help manage the overpronation of my flat feet. So I started Googling about this the other day, studying various “top 10” motion control shoe lists, expert reviews, user reviews, etc.

I certainly learned a lot, but paradoxically, the more I read, the more I felt I needed to know in order to make the “right” decision. It’s as if the more time I spent online, the further away I got from making a decision.

Indeed, I ended up not making a decision that day. Heck, I still haven’t made a decision.

Apparently, this is a pretty common phenomenon known as analysis paralysis.

Because the reality is that decisions are often not so clear-cut.

So when faced with decisions that have no clear “correct” answer, we can sometimes get stuck in the information-gathering phase, seeking out more and more information – and needlessly prolonging the decision-making process.

Or sometimes, not making any decision at all! Which, when it comes to musical decisions – whether it’s how to phrase a particular run or how to roll chords in Bach – could lead to a pretty generic performance.

So is there a way to overcome this analysis paralysis and make decisions in a more timely way? 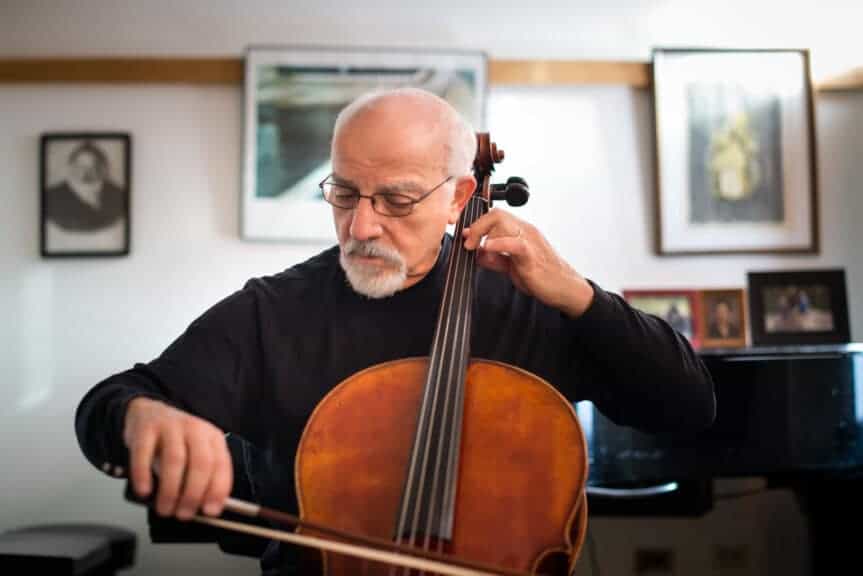 My wife and kids and I have been following a few teams in the NBA playoffs this year. And one of the things that I’ve found interesting, is hearing the commentators remark on whether a shot was a good one or a bad one.

In other words, whether a shot is “good” or “bad” has less to do with the outcome, and more to do with whether it was a high-percentage shot, whether it came in the flow of the team’s offensive system, and so on.

All of which reminds me of something similar in playing an instrument. In that yes, it’s nice when a shift is in tune – but it’s less meaningful if you accomplished this by shifting in a way that’s mechanically unsound, involves a lot of unnecessary tension, or would be difficult to replicate.

In other words, it’s not just important to play accurately, but to do so in the most efficient way possible. Which in turn requires a degree of body awareness.

In my younger years, I was much more focused on simply playing in tune with good sound, and didn’t pay much attention to how I achieved these goals. But in hindsight, I really missed out on a big part of what practicing could have been. Because as you’ll learn in this month’s chat, being attentive and curious about what our muscles are doing, can lead to lots of tiny “ah-ha” moments and micro-epiphanies that will not only help you solve frustrating technical issues, but also help you play more freely and effortlessly under pressure.

Cellist Uri Vardi has been on the faculty at the University of Wisconsin-Madison since 1990. And in 2003, became a certified Feldenkrais practitioner – a body awareness method that he was introduced to after suffering a debilitating injury that left him unable to play (from which he did eventually recover).

-The importance of recognizing that aspects of our playing are often influenced by unconscious movement habits we may not be aware of.

-How Feldenkrais is less about diagnosing problems and solutions, and more a process of discovery, and exploring other ways of doing things that might open up new possibilities that facilitate more expressive and effortless performance.

-An experience I had in college, where experimenting with the width of my stance helped improve my sound.

-What one does in a Feldenkrais lesson. And how a musician might proceed with this sort of method if they don’t have access to a Feldenkrais practitioner.

-How an increased awareness of our habits, and the process of discovering better ways to do things sometimes has the effect of making us less anxious in performance.

-And the paradoxical – yet intriguing – way he would be inclined to work with a musician who has a fear of bow shakes.