A Goal-Setting Tweak That Could Be the Difference Between an OK Performance and a Great Performance?

Whether you read the book or watched the movie, you probably recall a scene in Harry Potter and the Philosopher’s Stone, where Harry discovers a magical mirror, called the Mirror of Erised, tucked away in a dusty room.

Given that “Erised” is “desire” spelled backwards, you might also remember that the mirror doesn’t show us as we are, but instead, shows the “deepest, most desperate desire of our hearts.”

As Harry’s parents were killed by an evil wizard when he was a baby, before he was old enough to know them and experience being part of a family, when he looks into the mirror, he sees his parents smiling, standing right behind him with a hand on his shoulder.

So he begins to visit the mirror more and more frequently, until one day, the headmaster Dumbledore, pays him a visit and tells him that the mirror will be moved in the morning, explaining that some have “wasted away in front of it – even gone mad.” Leaving Harry with the warning that “it does not do to dwell on dreams…and forget to live.”

I know it’s just a movie, but when it comes to goal achievement and performance, what does research say about Dumbledore’s advice to Harry? Might positive thinking of this sort be less effective than we might think? 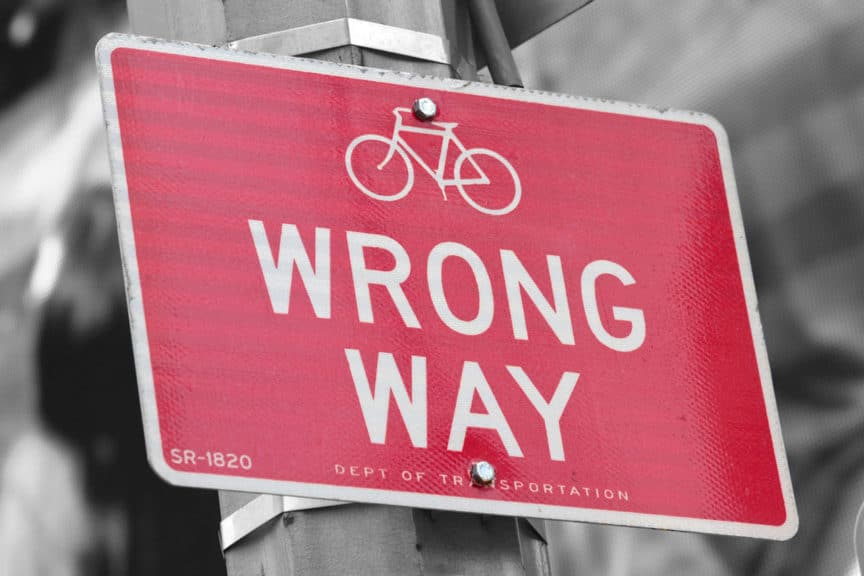 I recently had an interesting conversation with an accomplished trumpet artist/teacher, who described using an unusual strategy to help students overcome technical roadblocks in their playing. Specifically, in situations where a student might be struggling to hit a note consistently, produce the desired sound, etc., because they couldn’t quite figure out how to get the dozens or hundreds of little muscles involved to do the right thing at the right time.

Rather than focusing on honing or refining the “correct” mechanics, he instead would ask students to play things the “wrong” way. To essentially put on a demonstration of all of the technical what not to do’s in that particular passage.

The counter-intuitiveness of the strategy really intrigued me. So I was curious to see what I might be able to find in the research related to this. Like, is this some sort of weird fluke? Or could this really be a thing? 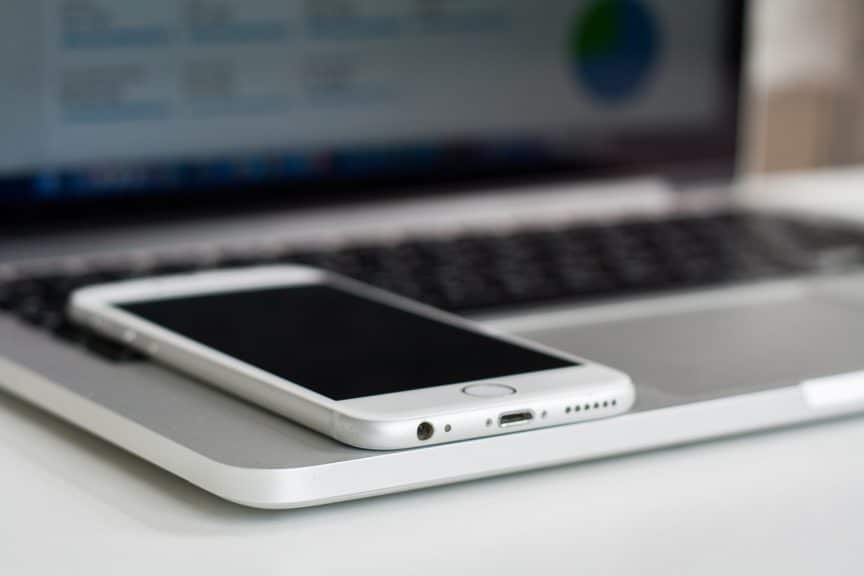 There’s a scene in the 1995 movie Clueless, where the main character Cher is walking down the hallway of her high school, while chatting on a cell phone with her best friend Dionne.

A few moments later, Dionne merges into the same hallway, and they hang up their phones while seamlessly continuing their conversation as they walk to their next class.

I distinctly remember that most of us watching this in the theater laughed, or at the very least chuckled, at the absurdity of the scene. But of course, that was 1995.

Because when you watch this scene today, there’s nothing funny or absurd about it at all.

After all, having a cell phone in high school is pretty normal now. Heck, in NYC, where middle school kids (and even some in elementary school) commute to school by themselves, it’s not unusual for 4th or 5th graders to have cell phones.

Of course, this has led to the need for rules about cell phone use during school hours. Which seems pretty reasonable, when we’re talking about cultivating an effective learning environment for elementary, middle, and high school students.

But I’ve also heard stories of college professors banning phones and laptops in class. Which, I would probably be a little resentful of – if I had had a phone in college, or if my “laptop” wasn’t a 10-lb beast that barely fit in my backpack, and whose battery wouldn’t even last through a single class.

So is there any actual data to suggest that our learning is compromised when devices are allowed in class? Or is this just one of those things teachers like to complain about, because it seems like students are distracted at times?

With finals right around the corner, now seemed like a good time to explore this a bit further. 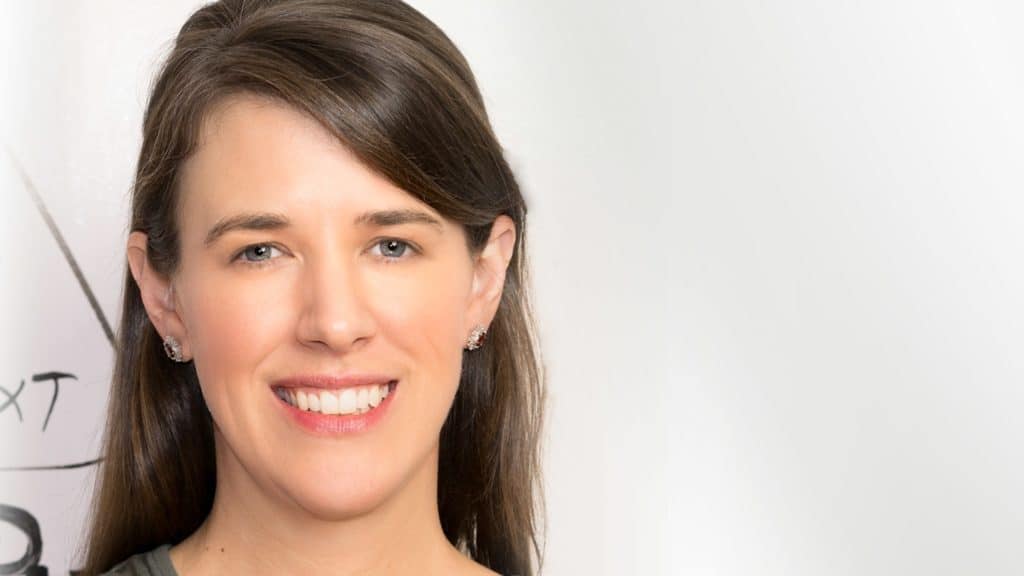 A few years ago, I had an interesting conversation with a horn teacher, during which she said something that always stuck with me. I don’t recall how this came up, but she noted that she would often tell her students that if they could learn to play the horn at a high level, they could also learn to do pretty much anything else they might set their mind to. Meaning, a) they were smarter and more capable than they realized, and b) becoming a professional musician didn’t mean having to give up all of their other interests and curiosities.

Indeed, she herself actively (and quite successfully) pursued other diverse interests, while maintaining an active performing and teaching career. Yet, her students’ reaction to her message seemed to suggest that they didn’t believe her.

Of course, not every musician experiences the itch to venture outside of the music realm. But some do develop a curiosity for what else might be out there, whether it be app development, photography, antique sales, real estate, creative writing, or archery.

Yet there can be a lot of hesitancy, doubt, and even fear about whether one is capable of taking on completely foreign challenges. So if you’ve ever stopped yourself from exploring a new path, I hope you’ll enjoy this chat with cellist-turned-tech-entrepreneur Margo Drakos.

Formerly the principal cellist of the Oregon, San Diego, and Seattle symphonies, associate principal of the Pittsburgh Symphony, and member of the American String Quartet, Margo was also co-founder of InstantEncore, and is now the CEO of ArtistYear.

Margo’s resume is kind of mind-boggling, and when we hear of someone’s unusual success like this, it can be tempting for our brain to assume that things were easy. That talent must explain everything. And that this person must be nothing at all like us normal folks.

But I hope you get a sense from the episode with Margo, that while talent and luck certainly do have a place in the equation, we are all capable of much more than we give ourselves credit for. And that we can do some pretty cool things when we take tiny leaps of faith, embrace opportunities to work really hard on the things that are difficult for us, and trust that we’ll figure out how to land on our feet as we go.

-How “sink or swim” sounds scary (and it is), but provided a network of supportive friends and mentors around you, it can sometimes prompt the kind of determination, focus, and effort needed to find out what you’re capable of, as Margo describes finding out in her end-of-Curtis experience (1:31)

-How she was perhaps not the best colleague in your younger years, and some initial hints that an orchestral career wasn’t the right fit for her, though she couldn’t see it at the time (5:05)

-Starting at Cleveland Institute of Music, but needing to “catch up” on cello (8:30)

-The two things that helped her excel, despite not being the most gifted or talented player (10:28)

-How she learned to maximize the effectiveness of her practice, and the role her friends and teachers played in this (12:25)

-Another inflection point, more signs that she wasn’t in quite the right career, an internal struggle to figure out what kind of role she wanted to have in society, and having her application rejected by Columbia University (17:00)

-The thing that motivated her to juggle a job as principal cellist with the San Diego Symphony, while teaching at Manhattan School, and going to Columbia University. And perhaps an indication that maybe it’s never too late to learn new things? (22:37)

-“I think the only commonality in any of my positions to date…is that I always feel like I’m…not prepared for anything I’ve ever won or achieved.” (24:09)

-ArtistYear – the place that all of Margo’s experiences may have been leading her all these years, without knowing it. And what is ArtistYear, anyway? (25:03)

-From being an active duty military spouse, to wondering where the opportunities might be for artists and musicians to serve society, and whether there might be value in “shared cultural experiences” as a nation (27:02)

-What the ArtistYear fellows are learning, and how their experiences has been transformative (33:43)

-Maybe not a life philosophy per se, but Margo describes the 3 pillars that have guided her decisions and path over the years (41:19)