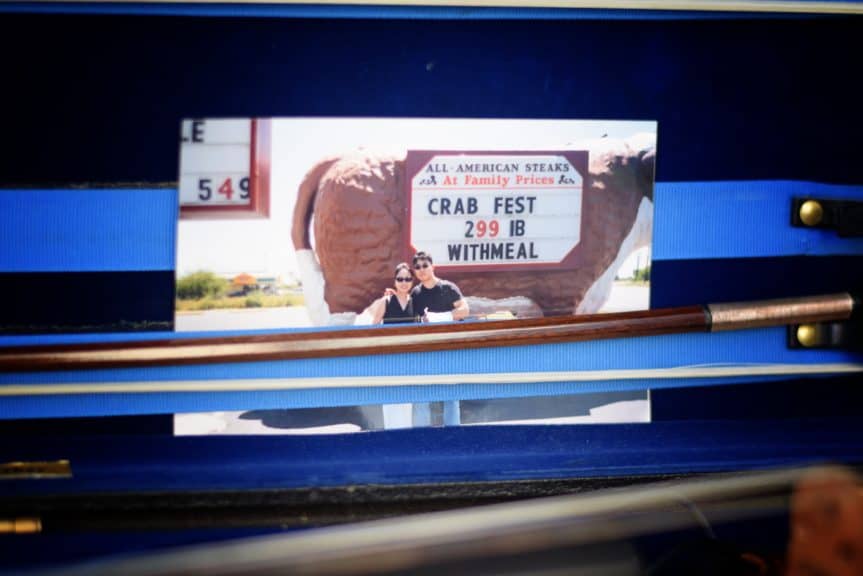 Nobody enjoys spam or junk mail, but there’s something particularly aggravating about the dreaded telemarketer call. Maybe it’s because deleting emails and tossing out junk mail doesn’t hurt anyone’s feelings, while hanging up on a live human feels a bit more personal.

So I was intrigued to learn about an app that instead of hanging up on telemarketers, actually aims to waste their time by keeping them on the phone as long as possible. I know…this is probably an awful thing to do to the poor telemarketer on the other end just trying to do their job, but still, awfully tempting…

All of this reminded me of some clients I had when I was fresh out of school, and worked for an organization that provided counseling services for a company that did telemarketing.

As you can imagine, being a telemarketer can make for some pretty long and stressful work days. But one of my clients described a clever strategy that he used, to help him get into a better mindset before each call.

He posted a big picture of his significant other on the wall behind his phone, right at eye level. The idea being, seeing her face before a call would tend to make him smile and feel less stressed, which would make him sound friendlier and more personable on the phone.

Cute story, but is there anything to this? Like, should we be stuffing our cases with pictures of the people in our lives who make us feel warm and fuzzy inside? And looking at our gallery of supportive faces before we walk on stage? 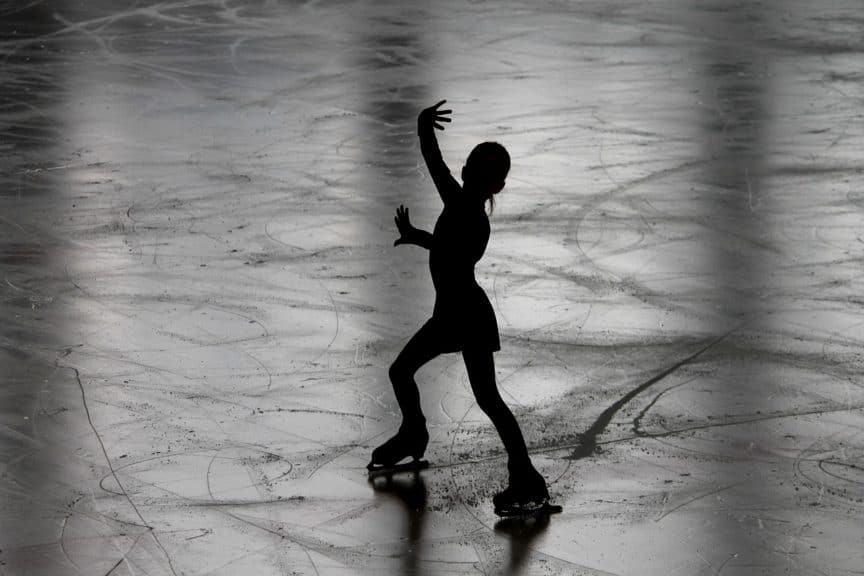 Everything else goes away. It almost happens in slow motion, even though you’re doing things at the correct time with the music and everything. Nothing else matters; it is just such an eerie, eerie feeling. The audience fades away, except for the brief moment when they were clapping so loudly – actually that was just a part of us. It was all a part of our experience; it never took us out of our focus.

-A figure skater’s description of flow, from Flow in Sports (Jackson & Csikszentmihalyi, 1999)

Once in a while, we’re lucky to have transcendent moments like this on stage.

Where everything feels effortless and things just click. And we enter that magical state of deep engagement that’s known as “flow.”

Like in the figure skater’s recollection above, descriptions of flow often highlight a heightened state of focus. It’s like we enter into a kind of trance, completely immersed in the present, and irrelevant details (like the audience) and worries (like memory or shaky bow) just fade away.

The research on flow does suggest that our attention is optimized when we’re in “the zone.” But is attention something we can manipulate to get into flow states on command? Or is optimal attention just one of the side effects of being in the zone? It’s an interesting question to explore, as just because two things are related doesn’t mean one causes the other.

So what about focus and flow? Might getting into “the zone” be something we can control, by adopting a particular kind of focus? 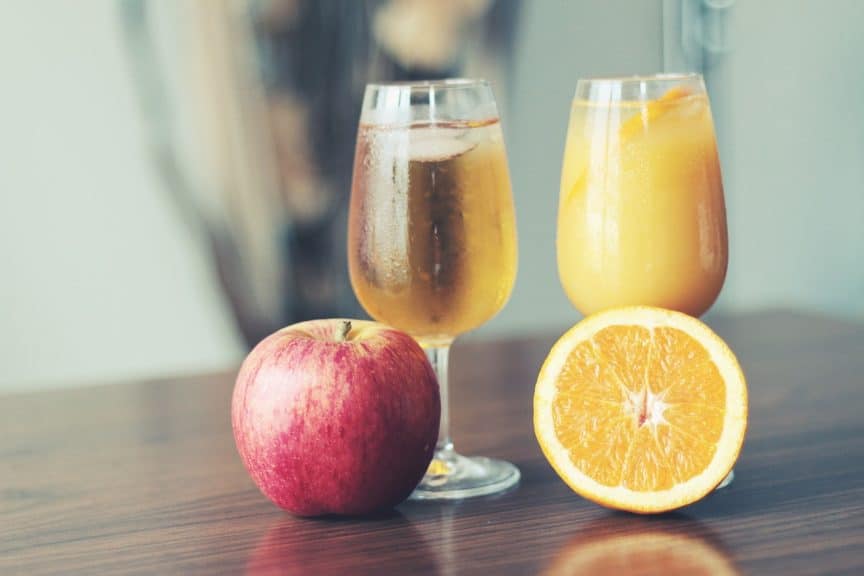 A few years ago, we took a look at a simple technique to prevent choking, that was actually so simple, it didn’t seem like it could possibly work (you can re-read it here).

Essentially, it involved squeezing a soft ball (not a softball) in one’s left hand for 30 seconds before performing a skill.

The rationale is that paying too much attention to the mechanics of a skill tends to lead to choking. And this unhelpful type of self-focused attention is associated with dominant activation of the brain’s left hemisphere. And because the hemispheres of the brain control the opposite sides of the body, squeezing one’s left hand seems to increase activation in the motor cortex of the right hemisphere instead. And EEG studies have found that squeezing the left hand not only activates the right hemisphere’s motor cortex, but actually seems to make the brain chill out a bit as well, all in all suggesting a more performance-optimal state.

There still isn’t much research on this technique, but a follow-up study (Gröpel & Beckmann, 2017) found that this led to enhanced performance among competitive gymnasts, in addition to the badminton players, soccer players, and tae kwon do athletes from the original study.

So how might this simple technique compare with the more involved pre-performance routines that athletes (and increasingly, musicians) commonly use?

Is this technique as good as a more conventional pre-performance routine? Better, perhaps?

And if each of these strategies is better than doing nothing at all, might a mashup of the two techniques be better than either one alone? 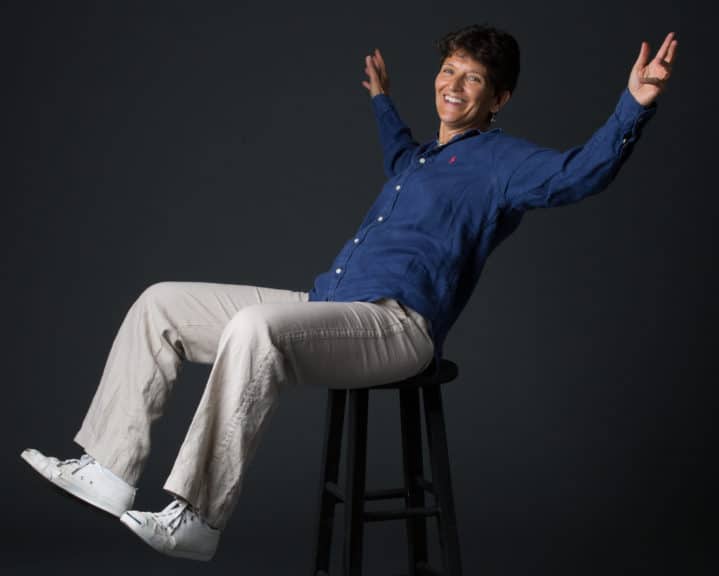 Alexander Technique has been around for over a century, and is taught in many music schools around the world, so it’s very likely that you’ve heard a friend, teacher, or fellow musician mention it at some point or another.

Is it about breath control? Learning how to stand or play with good posture? Or maybe about injury prevention? Releasing tension? Does it involve stretching? Is it like yoga?

And is it something we can learn on our own? Or do we need a special teacher?

And how do I know if I need it anyway? Ack! So many questions!

Not to worry! Today we’ll be talking to the perfect person to help us understand how musicians can benefit from learning Alexander Technique.

Lori Schiff is a full-time Alexander Technique teacher at The Juilliard School, where she has been on the faculty since 1991. However, she was also once a trumpet player, and completed her bachelors at Northwestern, and her masters at the Manhattan School of Music, before life led her down a slightly different path.

-Lori’s “origin story” – where she describes what led her to explore Alexander Technique as a trumpet player, and how this eventually led to her becoming an Alexander teacher full-time (0:00)

-What changed, playing-wise, when she began studying Alexander Technique (7:49)

-How the physical changes that result from Alexander training affect the mental experience of playing and performing as well (8:40)

-I ask if her increased sense of “ease” also transferred from the practice room to the stage (9:04)

-Lori provides an example of something a violinist might express frustration about in performance (bow arm tension under pressure, shakes, etc.), and how Alexander Technique training could change this experience (9:51)

-The difference between telling yourself to “relax” and achieving a more “active” or selective kind of tension release via Alexander training (10:58)

-How greater physical awareness and control doesn’t just have a positive impact on playing, but can also interrupt the stress response and reduce one’s nerves and anxiety under pressure too (11:22)

-I ask Lori if she has any suggestions or tips on how to address tremors or (bow) shakes from the Alexander perspective (12:39)

-How does one manage to become more aware of one’s body, but avoid getting too hyper-focused on the minutiae of motor movements, in a way that could lead to “choking” under pressure? (16:19)

-Misconceptions about Alexander are pretty common. Is it about posture? Breathing? Relaxation? (Spoiler alert: not exactly – there’s more of a mental component than you might think) (18:13)

-Lori explains why she isn’t especially keen on the word “posture” as a description of what happens in Alexander (20:25)

-How do we know if we would benefit from Alexander Technique? What are some signs that we should look into it? (22:51)

-Are there any pre-requisites, in order to have a successful experience with Alexander Technique? What role does age play? Experience? Any particular physical requirements or limitations? (24:00)

-Are private lessons really necessary? What about group classes? Do you need one-to-one contact in order to really learn and benefit, or can you get what you need from a book? (24:24)

-Are there any little things we can do in orchestra (or while sitting at computer, chopping onions for chili, etc.) that could help us? (29:31)

-I get really excited about Lori’s use of the phrase “is it necessary?”, because of how non-judgmental it is, and how it focuses our attention on function, rather than whether something is good or bad (and beating ourselves up about it). Lori elaborates on this aspect of Alexander Technique a bit further. (32:01)

-Are there any Alexander Technique details that are specific to singers? (33:27)

-What is “constructive rest”? Lori describes how to do one of the few “exercises” that exist in Alexander Technique – an activity that she suggests could be particularly useful on the day of a performance or audition (34:51)

-Is there any synergy between Arnold Jacobs’s teachings and Alexander Technique? (Lori studied with Jacobs). (38:57)

-How Alexander Technique helped Lori get “exponentially” more from her trumpet lessons (and how it could accelerate your learning as well). (40:59)