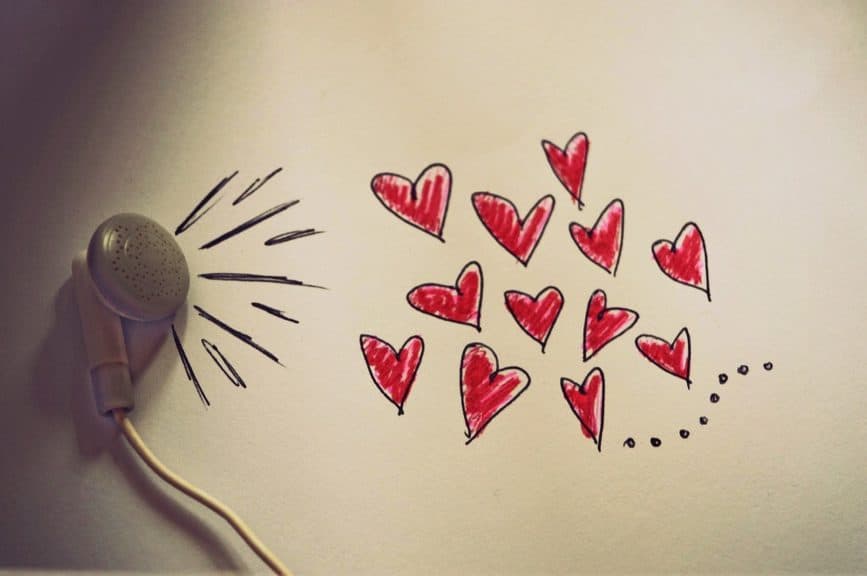 Cellist Mstislav Rostropovich was once asked which of the pieces he programmed on a recital was his favorite. To which he replied, “The one I’m playing at the moment!” (or something to that effect).

It is a whole lot easier to deliver a compelling performance of a piece you love, than one you feel totally blah about. Not just because it’s easier to feel connected to the music, but because there is more motivation there to explore the score, uncover all the tiny nuances and details in the music, and really throw yourself into the challenge of making the piece your own.

Of course, we don’t always have a choice about which music we have to play. And only playing pieces that we love can be pretty limiting.

So what are we to do when we’re faced with repertoire that we feel ambivalent about?

Is there something we can do to cultivate more passion for the piece, and perhaps grow to love it over time? 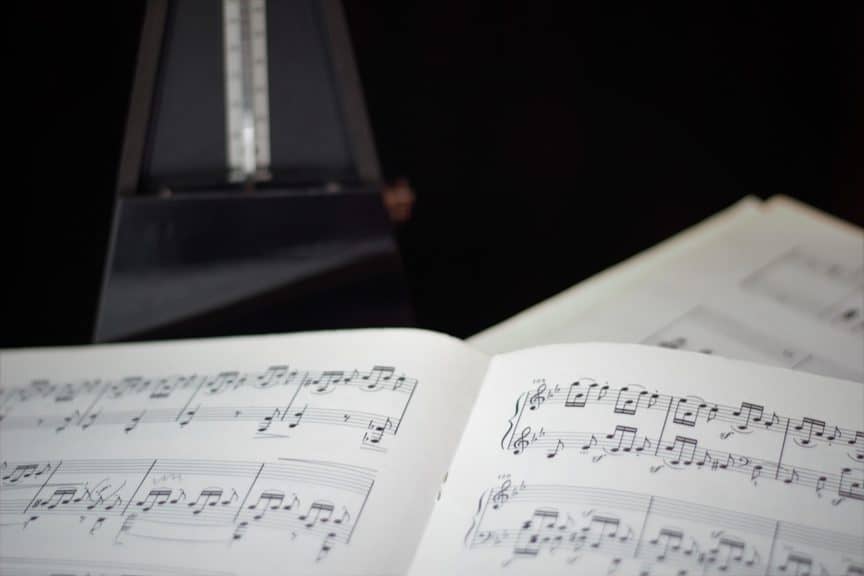 Pianist Leon Fleisher has said that between melody, harmony, and rhythm, rhythm is by far the most important.

As the saying goes, timing is everything. And there is indeed something really compelling about how great performers have a way of stretching and compressing time, of playing with great freedom (yet in perfect time), and doing some incredibly nuanced things with the placement of notes – as Yo-Yo Ma elicits in Fleisher’s playing here, and as Fleisher and Pam Frank describes here and here.

Of course, like any skill, timing is something that needs to be practiced and cultivated.

And while metronomic precision is not at all the same thing as good rhythm, practicing with a metronome can help make sure we’re not cheating or fluctuating randomly in erratic ways.

But…have you ever used a metronome when doing mental practice?

I mean, it’s pretty typical to focus on one’s concept of sound when visualizing. Feeling the physical ease and movements of our fingers and bodies. And perhaps even imagining what we’ll see when performing.

But have you ever wondered about the accuracy of your sense of rhythm during mental practice? When you mentally rehearse a tricky passage in your mind, how close is the timing of the imagined version to what it would be if you played it on your instrument for real?

Like, if it takes you 48 seconds to play the Schumann Scherzo in real life, does the visualized version also take 48 seconds (give or take a second or two)? Or is your imagined version more like 42 seconds? Or 53?

Because that would suggest that the version in your head could be rushing. Dragging. Or both.

Ok. Point taken. But how big a deal is rhythmic accuracy in mental practice? 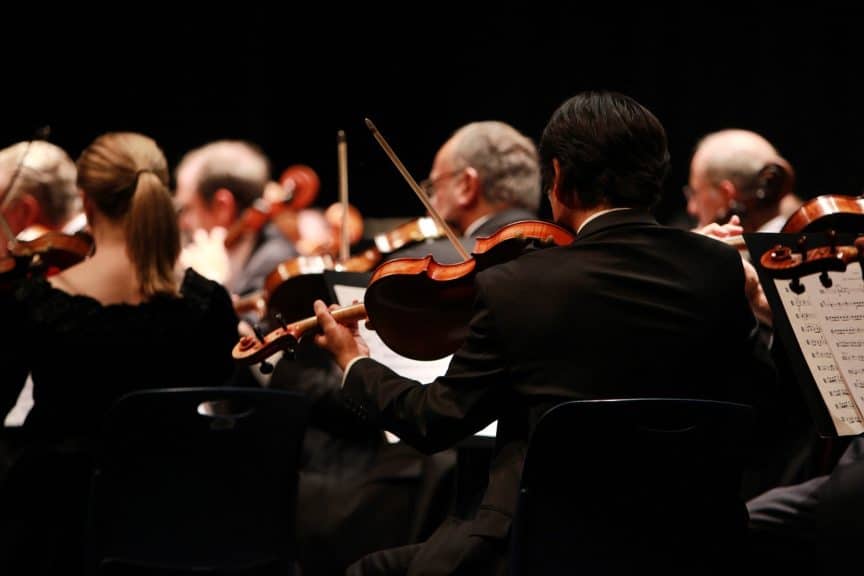 The summer after my sophomore year in college, I flew to Jerusalem to meet some old friends, with whom I’d be participating in a chamber music bootcamp of sorts. An intense couple weeks of daily master classes with musicians like Isaac Stern – and many others whom I never imagined I’d get to meet.

Naturally, I wanted to make a good impression. But I was pretty intimidated by their presence, and the level of the other students there. I felt like a total imposter. As if I had somehow lucked into a situation that I didn’t deserve to be in.

It was probably the longest sustained period of pressure that I’d ever experienced. So maybe it’s not surprising that about a week into the workshop, in a performance on live national radio…I suddenly had an episode of shaky bow.

This was not the annoying-but-manageable jitters, but the full-blown, mortifying, what-the-heck-is-happening-to-my-arm shakes that make you feel helpless, and only get worse the harder you try to control them.

It got so bad that I ended up having to cut the last note of the piece short (the 2nd movement of the Schubert B-flat Major piano trio, if you were curious), so that I wouldn’t end the movement with an unwritten spiccato.

I couldn’t look at anyone afterwards. But when I confessed to a friend in the audience, he said he hadn’t noticed anything.

And when listening back to the recording, I have to admit that unless I listen for it, it’s probably not the thing that stands out most about the performance.

Which makes me wonder…is it possible that our nerves are a lot less noticeable to others than we think? Kind of like how listeners (and even other musicians) generally notice much fewer of our mistakes than we think they do?

And is there anything we can do to stave off such episodes of shaking? 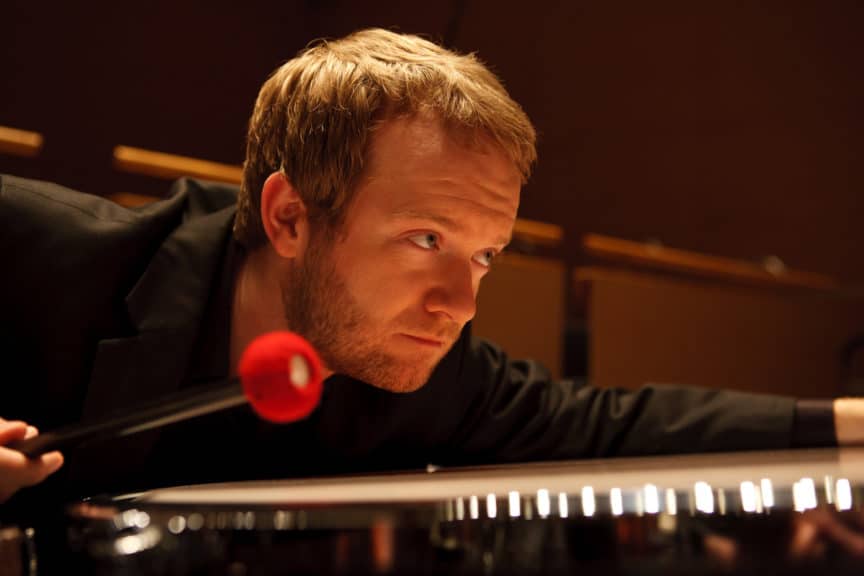 Am I talented enough?

What if I’m not good enough?

Did I wait too long to get serious?

If you’ve ever struggled with questions like this, you’re definitely not alone. I think everyone finds themself up at night wrestling with these at some point or another. Usually after one of those weeks where you’ve tried every trick in the book, and it feels like you’re never going to get off the plateau and make it to quarter note=88.

Of course, these questions are like psychological black holes, drawing you into an endless loop of doubts and discouraging thoughts. Which not only feels crappy, but puts you in a headspace that makes it harder to cultivate those little micro-epiphanies that get you to that next rung on the ladder.

So…what should we be asking ourselves instead?

Jason Haaheim is the Metropolitan Opera Orchestra’s principal timpanist. But he took a rather unconventional route to winning that job, as it came after 10 years of working full-time as an engineer and researcher for a nanotechnology startup, where he had to squeeze all of his practice into the hours before and after work.

Given that his late start, academic history, and career trajectory don’t scream future principal timpanist at the Met, he shares how he changed his trajectory, and what led to (paraphrasing a bit here) more improvement in 3 years than the previous 17 combined.

-The question we should be asking instead of “Am I talented?” (10:54)
-Why it’s a problem to conclude that picking something up easily and quickly is evidence of “talent.” (14:21)
-Whether he ever had doubts about his ability to win an audition. (17:01)
-The “profound” psychological advantage that enabled him to persevere. (18:04)
-The two unhealthy mindsets we get trapped in – and a healthier third option. (19:30)
-How he accepted (even embraced) failure; and a Stars Wars reference. (20:02)
-A thinking fallacy about auditions that needlessly increases the pressure we feel (20:25)
-An internal Met survey which confirmed that most audition winners are older and have done more auditions than you’d think. (20:52)
-Why he thinks it’s healthy to ask yourself the scary question “What am I going to do if this doesn’t work out?” (23:20)
-How to be less attached to wins and losses. (24:14)
-How he dealt with the fear of “What if I’m not good enough?” (31:14)
-How the word “passion” is overused, and how the kind of passion that facilitates excellence is actually “excruciating.” (37:51)
-Why self-recording is one of the cornerstones of his practice process. (39:36)
-Dealing with “imposter syndrome,” and whether it ever goes away. (40:52)
-How he broke down the elements of musicianship, into tangible things he could work on. (49:33)
-The importance of prioritizing the fundamentals, even though the “artistic” things are more fun to work on. (50:38)
-Time management as an audition skill – and a Harry Potter reference. (54:06)
-Jason’s post-audition process – what he did right after each round, which helped him stay more focused during the audition itself. (58:18)
-Is it a good idea to record your audition? Even if it’s frowned upon? (59:27)
-How he used “extreme condition” training in the last week or two before an audition to make auditions feel more comfortable by comparison. (60:17)
-A book he often recommends (1:02:46)
-The rep he hopes every timpanist gets to play someday (1:04:10)
-And where you can get a hamburger with cheese injected directly into the patty. (1:06:37)