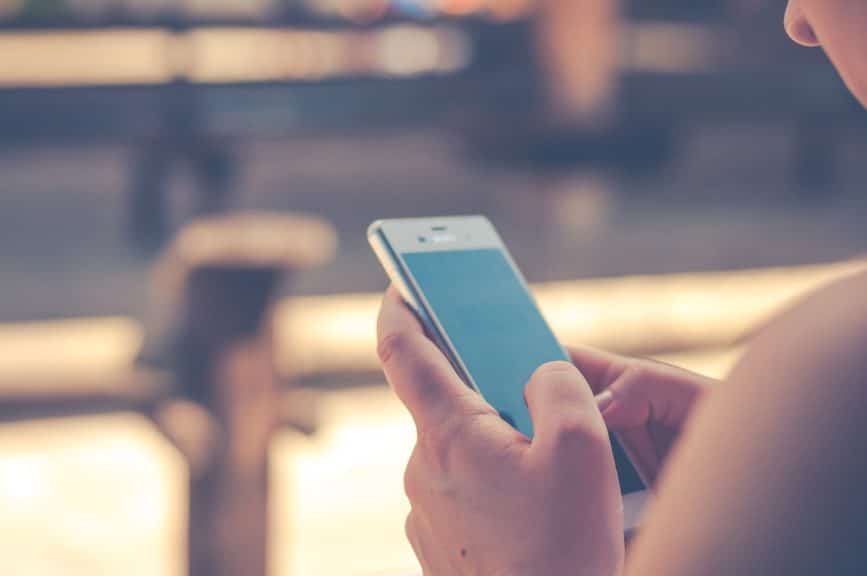 A few months ago, a friend of mine was preparing to interview for a new job. She prepped diligently, doing mock interviews, until finally, the day arrived.

And as she was on her way to the interview, she received a short text from a former supervisor which read: “Really pulling for you! Don’t worry, just be yourself. You’ll do great!”

Which of course is a really nice thing to hear from one of your mentors. But it ended up backfiring, ratcheting up her nerves and the pressure she felt to do well.

Along these lines, I’ve often struggled with the quandary of what to text my kids or my wife, before important moments. Should I simply say “good luck?” Give them some simple last-minute advice? Tell them I love them no matter what? Ask them what they’d like to do for dinner? Or tell them I found a really gross half-eaten Clif Bar in their shorts when I was doing laundry? 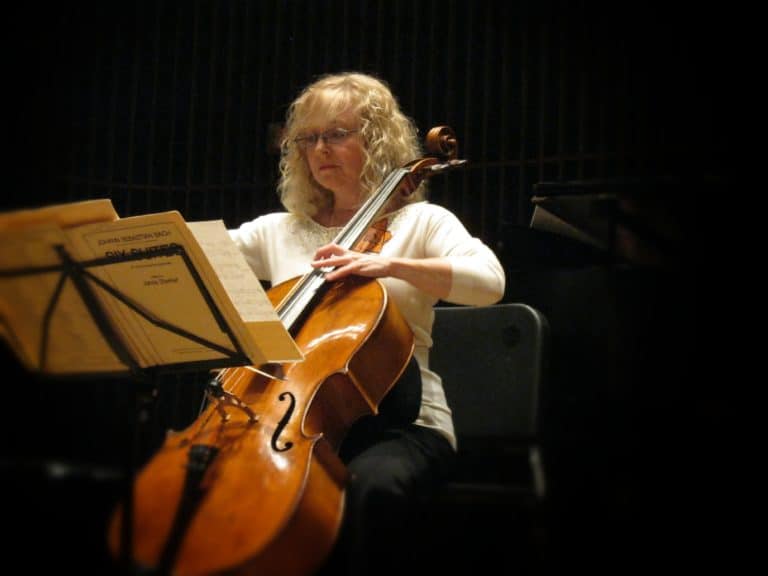 Summer festivals were always the highlight of my year.

Sure, there was more practicing, rehearsing, and playing to do than during the school year, but none of this ever felt like work when it was summertime. Getting to make music among so many incredibly dedicated and talented musicians in orchestra and ensemble rehearsals, studio classes, and lessons, made for tons of inspiration and many lifelong memories.

Not to mention all the fun times hanging out with old and new friends, and engaging in various “this-is-probably-not-a-good-idea-but-what-the-heck-it’s-summer” escapades that are fun to look back on (like hiking up a mountain in the dark to see the sunrise, only to arrive at the summit, discover that it’s a completely overcast day, and realize that nobody ever thought to check the weather forecast…).

However, there is one thing – which almost invariably seems to happen to someone each summer – that totally rains on the parade of sunshine and unicorns, throwing a giant monkey wrench into the summer and making for a difficult, frustrating, and even isolating experience.

An “overuse” or “repetitive stress injury.”

So what causes these injuries in the first place? Are they preventable? Or is the answer simply to play less? Is there something we could be doing differently, to ensure we aren’t putting ourselves at risk?

Janet Horvath is the former associate principal cellist of the Minnesota Orchestra (where she played for over 30 years), author of Playing (Less) Hurt: An Injury Prevention Guide for Musicians, and has worked through a difficult and trying period of injury herself.

In this 46-minute chat, we’ll explore:

*The role of repetition in injuries – and how many snare drum strokes are in Bolero (2:31)
*How to use “mini-breaks” to reduce tension – even in performance (6:31)
*The concept of anticipation, and why that is such a key to staying injury-free (7:50)
*How long to keep working on a difficult passage before moving on (15:33)
*Whether we should sit or stand when practicing (16:41)
*How to stand with good posture (19:03)
*How to sit with good posture (19:33)
*A quick test to find out if your chair is the right height – and whether you’re sitting in it correctly or not (20:02)
*The common position that causes shoulder problems in musicians (21:21)
*How to increase the tempo of a passage from slow to fast without getting tight (26:03)
*The one thing that would reduce by half, the number of injuries suffered by musicians – according to a physical therapist who has worked with performing artists (31:45)
*Janet’s five practice rules for staying pain and injury-free (33:35)
*The ways in which – without realizing it – we’re setting ourselves up for irreversible hearing loss and other hearing-related injuries (38:09)
*An easy test to see if you’re being exposed to potentially harmful volume levels in orchestra, band rehearsal, concerts, etc. (43:35)
*And more… 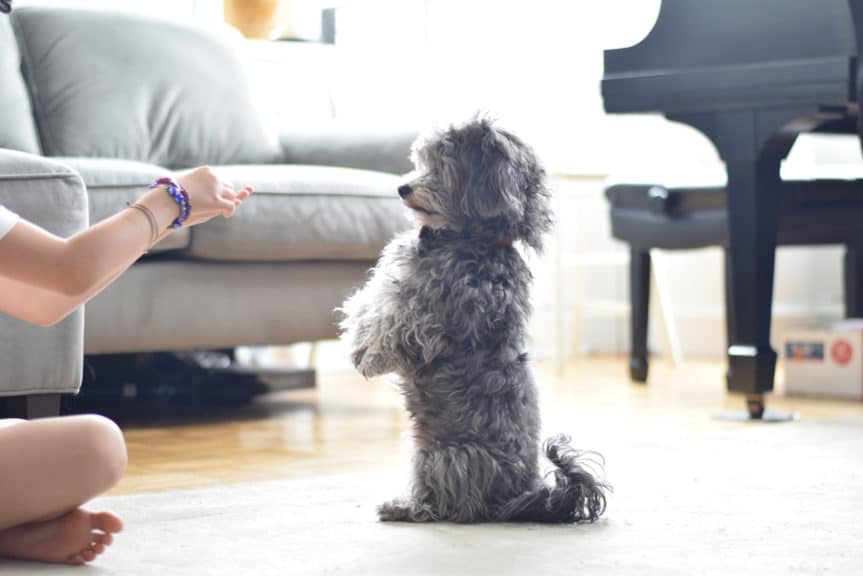 My daughter will sometimes practice the piano by herself, but lately, I’ve been sitting down with her and trying to be her practice buddy. Essentially, to make sure she doesn’t make the same mistakes repeatedly and develop bad habits.

Of course, despite my best intentions, this basically means that I can’t help but pounce on every missed note or rhythmic detail that seems to be going past her radar unnoticed. I might start with a gentle “nope” at first, but it quickly escalating to a stern “no!”, followed by a “hold it!!”, “stop!!!”, and eventually a “YOU! LOOK AT THE SCORE!”.

Which she finds to be rather upsetting, and makes her want to avoid practicing. And I can’t blame her, because who wants to hear “no!” all of the time?

Meanwhile, our dog “DJ” seems to looove “practicing.” He can barely contain himself when my daughter works with him on a new trick (his latest one, “sit pretty” is the one you see above).

Why is there such a difference?

When asked, my daughter retorted “treats.”

And sure, that might be part of it, but when you step back and take a look at the learning process I use with my daughter and that which she uses with our dog, there’s actually quite a big difference between the two approaches. While I seem to be focused on all the times she gets something wrong, she is focused on all the times DJ gets something right.

So…err…is it possible that she is using a more effective learning strategy with our dog, than I am with her? 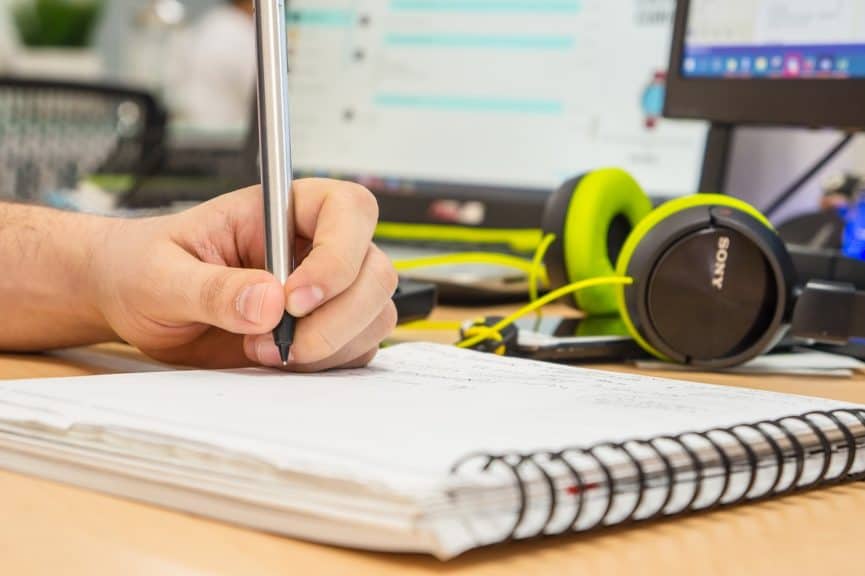 A few days ago, my wife came back from work, remarking at how different walking around the city feels when you’re listening to music. How it feels almost as if you’ve become a character in your own movie, with a soundtrack that makes even the rush hour subway rides and crazy long lines at Trader Joe’s a little more pleasant (while they’re not always as nightmarish as this article makes them seem, sometimes things do get so packed that there’s a line just to get into the store).

Indeed, the music we listen to can affect our moods in a pretty meaningful way – which is awesome, because being in a good mood is generally a positive thing.

But what about when we’re studying or doing homework?

Some of my friends in college pretty consistently had their stereos or headphones on while studying. Others, of course, tended to gravitate towards total silence. And then there were a few who would put music on, but seemed to have very particular preferences about the kind of music they would play while studying (e.g. classical or instrumental vs. classic rock vs. death metal).

So I’ve always wondered…does listening to music influence the effectiveness or efficiency of our study time in any way? And if so, does it matter what kind of music we listen to?